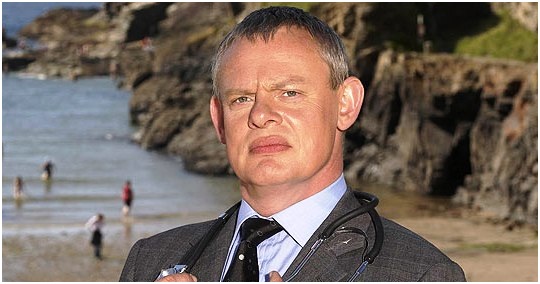 As a television slave, I can’t think of anything more delightful than discovering some buried gem amid all of the mindless rubble on screen.  Doc Martin, a British comedy-drama on the air since 2004, is one of those surprising finds.  Not only is the show intelligently written, but there are four seasons of past episodes available (mostly) free of charge on the Internet.

The series depicts the travails of Dr. Martin Ellingham (Martin Clunes), an uptight – to put it mildly – surgeon-turned-general practitioner who abandons London for the small village of Portwenn, an absolutely stunning hamlet on the Atlantic coast of Cornwall.  (The show is filmed on location in Port Isaac in southwest England.  Who knew that Britain has resorts rivaling Montego Bay for pure physical beauty?) 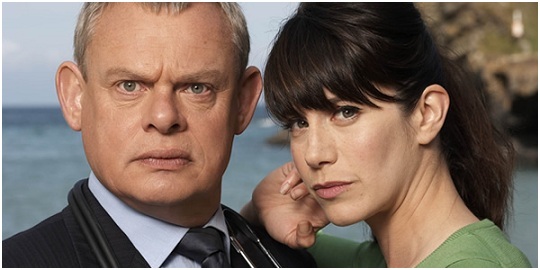 To say that Portwenn’s inhabitants are unsophisticated is akin to describing recent British politics as serene and understated.  Doc Martin is yet another fish-out-of-water formula show, to be sure, but this is no Green Acres.  The plots are consistently funny and – generally when you least expect it – poignant.

Clunes’s doctor, a spinoff character from the 2000 film Saving Grace, is a source of endless amusement.  Ellingham is the stereotypical, stiff-upper-lip Brit we’ve seen in so many English exports, but Clunes gives the character a vulnerability that is at once hilarious and sympathetic.  He is supported by a top-notch ensemble cast.  Caroline Catz, as Ellingham’s on-again, off-again schoolteacher love interest, is the kind of girl you want your mother to meet – but not until after you’ve enjoyed a healthy roll in the hay with her.  (Catz, that is; not your mother.)  The humor in Doc Martin all flows from character – and what great characters! 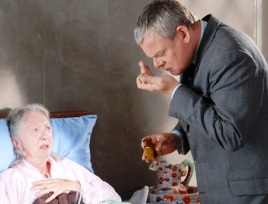 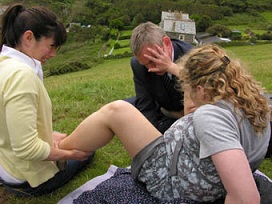 Doc Martin has been an award-winning ratings smash in England for six years.  Production begins on season five in 2011, but in the meantime, it’s great news for Americans that past episodes of the show are available on PBS and the Internet.  Most episodes can be found on Hulu, Fancast, The Internet Movie Database, and Netflix. 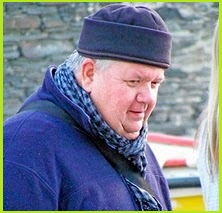 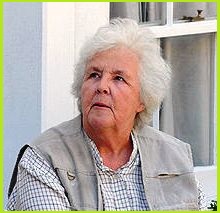