For a bunch of supposedly smart people, scientists sure are rotten at public relations.  This week, NASA decided to interrupt all regular news programming for a “major announcement.”  This announcement, we were told, would be about the search for alien life.  I got excited.  Did they find little green men?  Had someone (or something) in the universe finally responded to those old episodes of The Honeymooners we have been beaming into space?

Nope.  Instead, a condescending, annoying scientist named Felisa Wolfe-Simon came on camera and proceeded to talk down to the world about her big find — some microscopic potato-things in California with arsenic in their DNA.

Yawn.  I’m sorry, but I’d rather watch The Honeymooners. 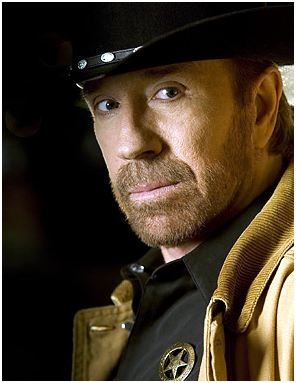 One day about 15 years ago I was sitting in an office in downtown Ft. Worth, Texas, when someone looked out the window and noticed a film crew working on the street below.  It was lunchtime, so I went outside and had a look-see.  They were shooting an episode of Walker, Texas Ranger, a CBS show starring Chuck Norris.

It was chilly that day — for Texas.  It might have been in the 40s.  I glanced to my right and noticed a man standing on the sidewalk.  He was visibly trembling, grasping his shoulders and red of face.  My first thought was, “What a wimp.”  My second thought was, “Hey, that’s Chuck Norris.”

I thought of that on Thursday when I read that Texas Gov. Rick Perry had named Norris an honorary member of the Texas Rangers.  Guess they’ll accept anybody.

I was accused this week of being a “boobies man.”  I resent that.  I am a “butt man.”  Here is evidence: