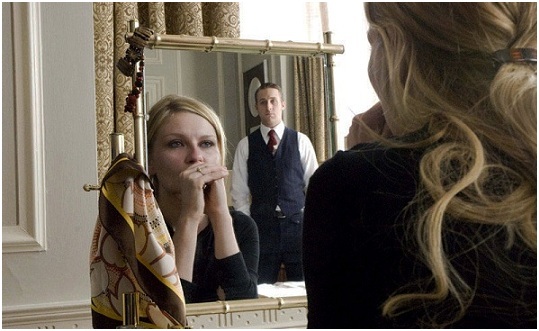 Somebody goofed – big time – when developing All Good Things, the new thriller starring Ryan Gosling and Kirsten Dunst.  For raw material, the filmmakers had the fact-based, bizarre story of multimillionaire Robert Durst, a can-you-believe-this melodrama involving some, if not all, of the following elements:  murder, embezzlement, blackmail, cross-dressing, corpse dismemberment, and a woman now missing for 28 years.

With all of that material to work with, what did the producers of All Good Things come up with?  A routine Lifetime drama about a battered woman and her unpleasant in-laws.

For two-thirds of the movie, we watch Dunst play innocent bride to husband Gosling’s – well, it’s hard to peg Gosling’s portrayal of the enigmatic Durst (called “David Marks” in the film).  As played by Gosling, the man is sullen, distant, talks to himself, and has mother issues, but hardly seems the threatening type.  Lurking in the background, pulling son David’s strings, is omnipotent real estate mogul Sanford Marks, played grumpily by Frank Langella.

Katie (Dunst) wants children; David does not.  He hits her; she rationalizes his behavior.  She wants her freedom; he wants to control her.  Blah, blah, blah and haven’t we seen all of this dozens of times?  Katie agonizes.  Katie contemplates leaving David.  Dunst bares her boobies in a shower scene, which makes news in The Huffington Post and Vanity Fair.  Dunst … should never have been the focus of this film.

It’s only in the final third of the movie that the filmmakers turn their attention to the real story:  odd, odd David/Robert.  But by then it’s too late.  All of those elements that make the Durst story so compelling – the murder, madness and mayhem – are crammed into the final act like so many body parts into a suitcase.  The story becomes jumbled and teases us with what might have been a pretty good thriller.       Grade:  C+ 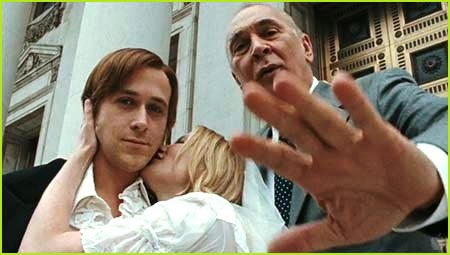