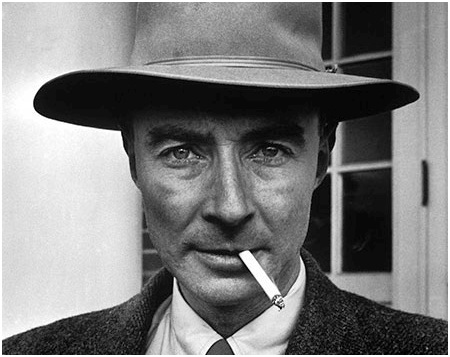 There are two impressions I can’t seem to shake after watching Countdown to Zero, a new documentary about nuclear-weapons proliferation.  One of them is the sobering knowledge that movies like WarGames, Fail-Safe, and Dr. Strangelove are not as far-fetched as they might seem.  Much of what passes for escapist entertainment in those films – technical malfunctions, human error – is alarmingly close to reality.

But there is also an image in the film that haunts me:  a black-and-white photograph of J. Robert Oppenheimer, the American scientist commonly known as the “father of the atomic bomb.”  In the famous photo, Oppenheimer wears a fedora, smokes a cigarette, and stares directly into the camera lens.  His eyes appear to issue a warning:  “I was Pandora,” they seem to say, “What happens next … is up to you.”  Oppenheimer looks fatalistic – which can’t be good news for the rest of us.

The following is an Oppenheimer quote from 1947, two years after the bombing of Hiroshima and Nagasaki:  “I have been asked whether in the years to come it will be possible to kill 40 million American people in the 20 largest American towns by the use of atomic bombs in a single night.  I am afraid that the answer to that question is yes.  I have been asked whether there is hope for the nation’s security in keeping secret some of the knowledge which has gone into the making of the bombs.  I am afraid there is no such hope.”

Hope seems in short supply in Countdown to Zero.  Director Lucy Walker’s film is a catalog of near-disasters and rampant dissemination of nuclear materials to just about anyone who can pay for them.  This onslaught of nightmarish news left me feeling pessimistic, despite Walker’s pro-disarmament message.  It’s not exactly heartening to be reminded that there are still 23,000 nuclear weapons on Earth.  Also disturbing is this potential conflict between the United States and Russia, as described by a member of the World Security Institute:  “Within 15 minutes, all of the forces on launch-ready alert [could] be in the air in their flight to the other side of the planet … and they could kill over 100 million Russians and Americans within 30 minutes.”

I’m guessing it won’t help anyone sleep at night to learn that, should the American or Russian presidents be forced to consider retaliation in the event of a (possibly false) reported attack, the amount of time allotted to make that decision would be about the same as the time you just took to read this review.              Grade:  A- 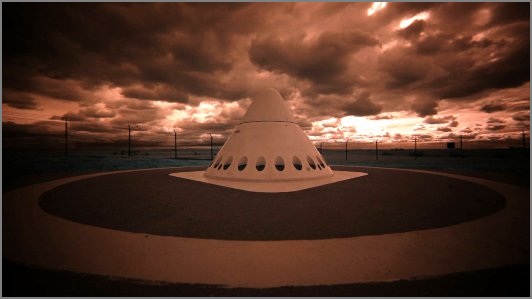 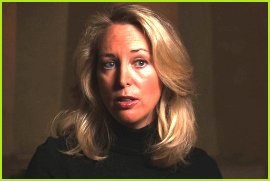 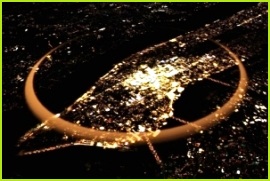 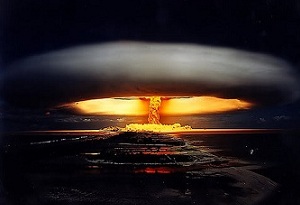