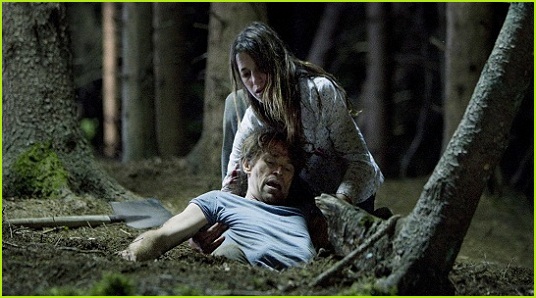 Let’s take a little trip, shall we?  Let’s go back to the Garden of Eden.  While we’re there, maybe we can answer a few nagging questions.  Was Eve really a villain?  Are women more responsible than men for “original sin”?  And is life a matter of rational thought creating order … or does chaos reign?

Lars von Trier’s thought-provoking Antichrist has been attacked as a misogynistic film, but I didn’t get that impression.  In Trier’s hellish view of our time here on Earth, we are all of us pretty much screwed.  Here is an exchange between a wife (Charlotte Gainsbourg) and her husband (Willem Dafoe):

She:  “If human nature is evil, then that goes as well for the nature of —“

Critics have seized on Trier’s storyline in which the wife, traumatized over the accidental death of the couple’s only child, gradually becomes an Eve apparently designed by the devil, leading to some graphically violent outbursts against her husband.  But prior to that, I had to wonder who was torturing whom — if your husband, a therapist, deals with his own grief by treating you like a psychological experiment in a Petri dish (“No therapist can know as much about you as I do,” he tells her), might not you snap, as well?  They say there’s nothing worse than losing a child.  After watching Antichrist, it seems there might be one thing worse:  marriage to a jerk who sidesteps his own problems by analyzing your every move and thought.

All of this sounds like dreary stuff, and it is.  There are a few graphic scenes, but nothing that fans of, say, Hostel haven’t seen before.  Trier has turned potentially off-putting material into an engrossing, visually dazzling, study of the nature of, well, nature.        Grade:  A- 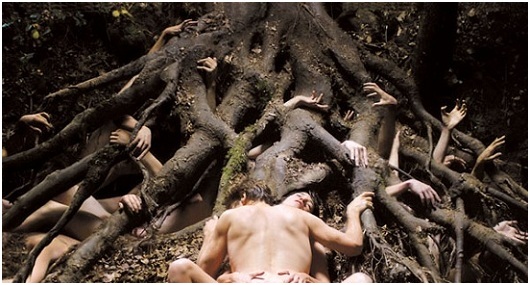 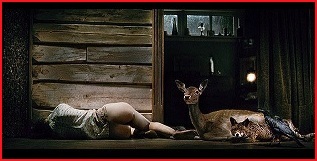