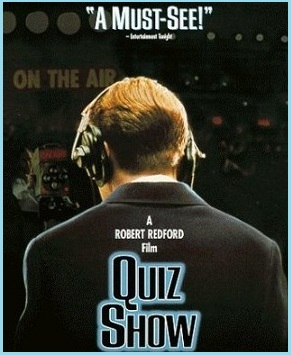 Twenty years ago, an American movie star knew his or her place:  in front of the camera.  But thanks to a few adventurous thespians, we now have Clint Eastwood and Ben Affleck and lord-knows-who-else playing “auteur.”  Robert Redford was one of the pioneer actors to make the move to directing.  Quiz Show’s “scandal” – cheating on a 1950s TV game show – seems kind of quaint today, but Redford’s 1994 film is anything but.  Watch it for free by clicking here.