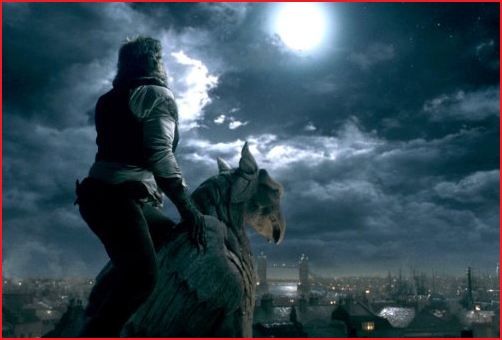 My expectations for The Wolfman were about as low as they can get.  This is a stale story, I thought, a familiar tale that Hollywood will gussy up with special effects, loud noises, and hyperactive editing.  Modern filmmakers will do to this horror chestnut what they did to Sherlock Holmes last year — and that’s not a good thing.

Having set the bar so low, I’ll have to say I was somewhat surprised by The Wolfman.  It wasn’t as bad as I thought it would be, and was even quite good in some respects.

The good:  Anthony Hopkins.  Nobody does “bad guy” with quite the élan of this veteran actor.  He’s like the kindly grandfather you’d rather not have.  When this old-timer winks at you, he’s not hinting at an early Christmas present, he’s letting you know there are bodies in the backyard.  Fans of the 1941 version would be wise not to rely on their recollection of Claude Rains in the same role; there is a plot twist involving Hopkins’s interpretation.  Also good are the film’s sets.  The Talbot estate and surrounding moors are suitably grand and gloomy.  And there are some nice insider tributes to Universal Studios and the original film.

The bad:  The movie is too long.  The first hour drags at times.  This should have been fixed by excising a good 15 minutes.  The monster transformations – which everyone in the audience expects – are not bad, but 30 years’ progression in special effects don’t show a marked improvement over the full-moon makeovers in 1981’s An American Werewolf in London.

There are worse ways to spend a couple of hours than by watching this monster-movie remake.  After all, the 1941 original was no masterpiece, itself.       Grade:  B- 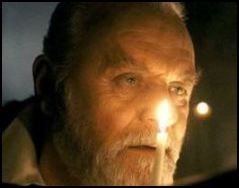