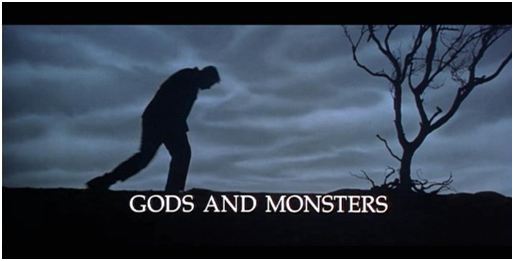 Think of director Bill Condon’s 1998 film about James Whale, director of the first two Frankenstein films, and you might think of “that movie about an old gay guy in Hollywood.”  That’s true, but the film is much more than that.

I recently rewatched Gods and Monsters and was surprised to see how much humor Whale inserted into his horror which, in addition to the Frankenstein pictures, included The Old Dark House and The Invisible Man.  I also believe Monsters’s portrayal of Whale is less about homosexuality, more about aging and being an outsider — no matter your sexuality.

Early on in the film, the elderly Whale suffers a minor stroke and experiences a series of flashbacks, including everything from childhood poverty to his eventual professional success.  He tries to convince himself that at last he has his freedom, but laments that “I’ve spent much of my life outrunning the past, and now it floods all over me.”

In his old age Whale is alone, and just like his famous monster, he is in dire need of “a friend.”  Actually, as played by Ian McKellen, Whale wants a bit more than simple friendship.  He is a dirty old man, lusting after young hunks like the one portrayed by Brendan Fraser.  Whale is a vain and proud man.  He is also filled with self-loathing.

Gods and Monsters is an actor’s movie, a Sunset Boulevard for a new generation. McKellen was deservedly Oscar-nominated, but his supporting cast is also first-rate. Fraser brings a surprising sense of curiosity to his blue-collar hunk,  and Lynn Redgrave conveys sensitivity beneath the surface of Whale’s gruff housekeeper.          Grade:  A- 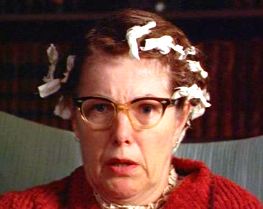 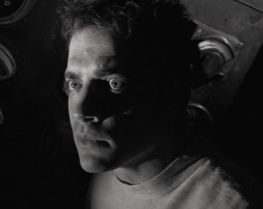