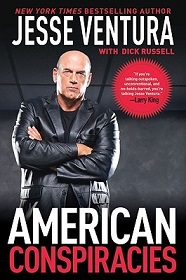 Director Rob Nilsson made the mistake of taking audience questions after a screening tonight of his new drama, Imbued.  Nilsson had just explained his directorial intention to not spell everything out in the film, to make viewers draw their own conclusions.  What did the screening audience think of his movie?, Nilsson asked.

A woman in the back piped up and asked him why the main actors (Stacy Keach and Liz Sklar) had to be naked at the end of the film.  Why, she wanted to know, had Nilsson made his movie from the “typical” male point of view?  Since we never actually see Keach’s nudity, but the camera does linger on a fully nude Sklar, I assumed the woman was taking issue with the objectification of the young actress. Nilsson, clearly taken aback by her question, said something about trying to show the “beauty” of both characters.

Imbued is all about characters — just the two of them.  Keach plays Donatello, an aging bookie who through chance winds up spending the night with Lydia (Sklar), a high-end call girl.  (Here’s a separate issue the lady in the audience could have objected to:  yet another greying actor — Keach is 69 — romantically paired with a much younger actress.)  Donatello and Lydia verbally joust, push emotional buttons, and eventually bare more than just their bodies.

The proceedings aren’t as dull as that description might suggest.  The story, set against some stunning skyline shots of San Francisco at night, unfolds at a leisurely pace, but this is an actors’ movie, and Keach and Sklar are absorbing throughout.  With or without their clothes.         Grade:  B-