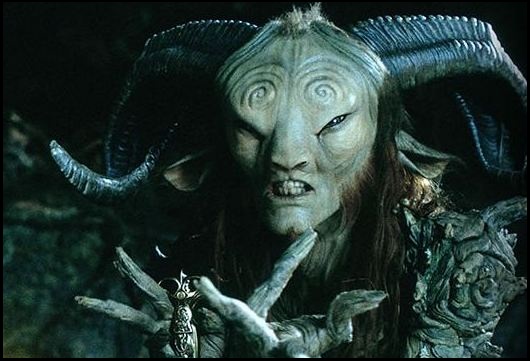 It almost feels like heresy to say anything negative about Guillermo del Toro’s 2006 movie, Pan’s Labyrinth, but why do I get the feeling it will fail to go down in film history as, say, a darker, more adult, The Wizard of Oz?

Not because of the dazzling visuals, which deservedly won Oscars.  Not because of del Toro’s direction, which is stylish and well-paced.  I think it’s not quite a masterpiece because of its story, which weaves two threads that don’t quite mesh.  Story A concerns young Ofelia (Ivana Baquero) in post-Civil War Spain, 1944.  Ofelia’s widowed mother has remarried the ogre-like Captain Vidal (Sergi Lopez), who is bent on ridding the Spanish hillsides of rebel guerrillas.  Captain Vidal is dismissive of Ofelia and her mother and cruel to everyone else.  And so, in time-honored fairytale fashion, we have a young heroine and her evil stepfather.

Story B concerns Ofelia’s imaginary escape from her misery, into a labyrinth where she meets fantastic characters small and big, good and bad.  She is told that she will become princess of this magical realm and be reunited with her true father, but first she must accomplish several tasks.

This dream world, which del Toro details superbly, does not connect all that well with Story A.  It does so at the end of the movie, but prior to that Ofelia’s excursions into the labyrinth seem more like a fanciful diversion from Story A than a smooth connection to it.            Grade:  B+ 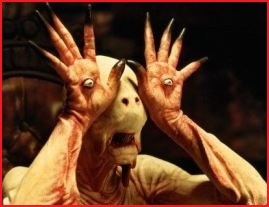 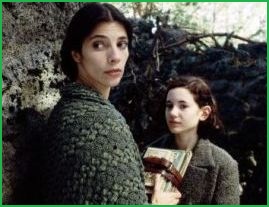