Free Flick of the Week: “Plan 9 From Outer Space” 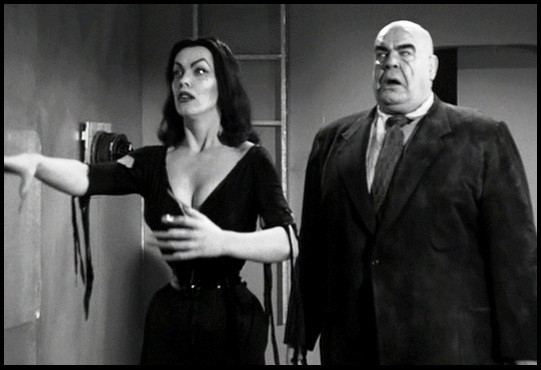 Some day, maybe aliens really will land on Earth, turn the dead into zombies, and vindicate much-maligned director Ed Wood’s Plan 9 From Outer Space.  But in the meantime, lazy critics continue to cite Plan 9 as “the worst film of all time.”  But I happen to know this simply isn’t true.

Back in the early 1970s, two buddies and I somehow convinced my poor mother to drive her car (none of us boys were old enough to drive) into the local cemetery in the dead of night, and then shine the headlights onto tombstones so that we three idiots could film an 8mm vampire movie.  Somebody called the cops, and my mother was forced to explain the ridiculous situation to an officer.  Tragically, that film footage has been lost, but I’m quite certain that had it survived, it would have rivaled Plan 9 for sheer awfulness.

What went wrong for director Wood during the filming of this 1956 (1959? — even my reference books show no respect, disagreeing on the production year) “masterpiece” is legend.  Star Bela Lugosi died early on and was replaced by a man who covered his face with a cape.  The special effects budget was, shall we say, substandard.  But hey, this movie has TV goddess Vampira and pro wrestling legend Tor Johnson.  Watch it for free (you wouldn’t pay for it) by clicking on the link below. 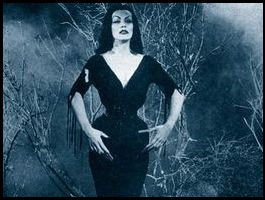 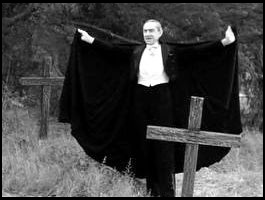