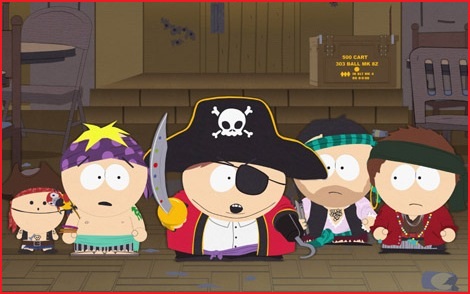 This is America.  If South Park or any other show chooses to picture Adolf Hitler on a ride at the new Harry Potter theme park, so be it.  And so, I am doing my small part by running this disrespectful picture of the prophet Muhammad: 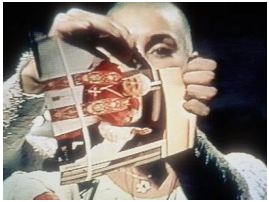 I vaguely recall all of the huffing and puffing back in 1992 when Irish singer Sinead O’Connor got everyone’s panties in a bunch by tearing up a photo of Pope John Paul II on Saturday Night Live.  O’Connor said she was protesting sex abuse within the Catholic Church.  Back then, a lot of us thought O’Connor was some bald nutcase.  Saturday Night Live apologized for O’Connor the following week, but now it looks like a lot of us should be apologizing to her. 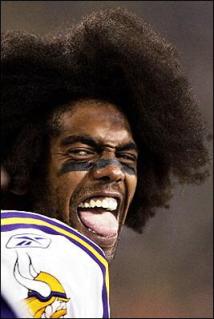 The NFL just wrapped up its annual draft.  Is there anything on God’s green earth more absurd than the hoopla over this non-event?

Oh, and that’s Randy Moss pictured above.  Moss was not a draft pick this year, but I’ve been looking for an excuse to run this picture.  You’re welcome.