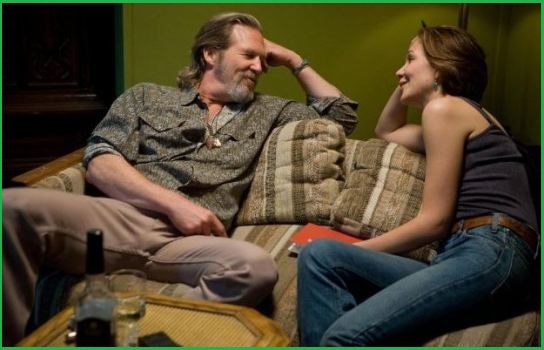 Crazy Heart presents itself as one of those small movies that can be so endearing,  an anti-blockbuster that grows on you — a “slice-of-life” picture — and the kind of film that frequently gets rewarded at the Oscars, if not the box office.  Well, Jeff Bridges has his Oscar now, and I have two hours of tedium to show for it.

You have to really, really like Bridges to endure this movie.  And I’ve always been a Bridges fan.  Since I first noticed him in 1974, stealing a movie (Thunderbolt and Lightfoot) from Clint Eastwood, Bridges went on to play one of my favorite movie villains (the sleek, sophisticated Jack Forrester in Jagged Edge), favorite space aliens (Starman) and, of course,  the role with which he’s now most associated, “The Dude” in The Big Lewbowski.

Bridges is good, but not spectacular, in Crazy Heart.  The problem is the movie itself, which is as flat as the desert landscape his character, washed-up singer Bad Blake, drives, drinks, and smokes his way through.  Nothing happens in this movie.  Blake gets drunk and sings a mournful song about his past.  He drinks some more and sings some more.  He meets a woman he likes.  He loses her.

At one point, it appeared that writer-director Scott Cooper was setting up a Rocky-like scenario:  has-been country artist gets payback on the upstart whose career he helped launch.  But when we meet the young ingrate (Colin Farrell), he turns out to be not such a bad guy.  Farrell is wasted in this movie, as are Maggie Gyllenhaal as a saintly single mother, and Robert Duvall as Blake’s longtime buddy.

Crazy Heart is like one of Bad Blake’s self-indulgent, drunken escapades:  the sooner forgotten, the better.      Grade:  D+ 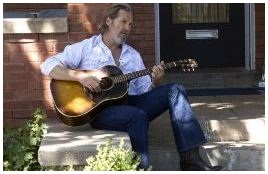 “I wouldn’t change anything in the film.  The film is very much what we set out to make.”  Thus spoke director Peter Jackson in a recent interview, defending his movie The Lovely Bones against some harsh critical reviews.  Now that I’ve seen the film, I’m on Jackson’s side.

I read novelist Alice Sebold’s ethereal book of the same name some years ago, and I thought Sebold managed to pull off a marvelous balancing act.  She penned a top-notch thriller about the hunt for a serial killer, while simultaneously painting a devastating and poignant picture of one family torn apart by the killer’s acts.  And to top that off, the story was narrated by a dead girl — from heaven (or some such place), no less.  How on earth could anyone, especially a director as seemingly unsubtle as Jackson (The Lord of the Rings, King Kong) translate Sebold’s prose to film?

Jackson succeeds on a number of levels.  The story arc involving the murderer, in particular, is gripping stuff.  Young Saoirse Ronan is a winning personality as tragic young Susie.  The disintegration of the Salmon family, on the other hand, has been truncated from the novel, and it feels like it.  And as for the scenes in “heaven” … geez, I dunno.  But they are spectacularly colorful.

I enjoyed this movie, and I didn’t really expect that I would.  The more I think about it, I wouldn’t change a thing, either.  Well, maybe some of the overplayed 1970s songs on the soundtrack ….       Grade:  B 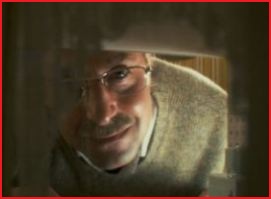