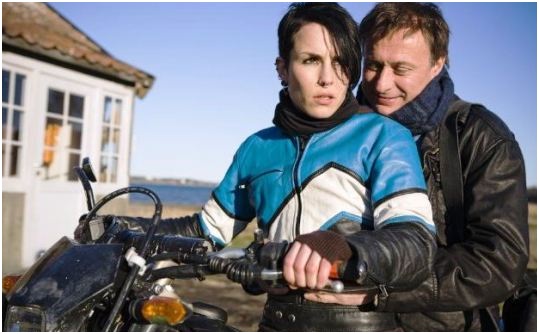 When I read an Inspector Morse novel, or an Agatha Christie story with Hercule Poirot, I always forget the plot soon after.  What sticks with me about the Morse books is Morse himself, and the only thing I recall about any Poirot story is the little Belgian detective.  It’s this emphasis on character that elevates The Girl with the Dragon Tattoo, a new Swedish film based on a bestselling book by Stieg Larsson.

If you analyze the plot of Girl, it could be any cookie-cutter American thriller, right down to the climax, in which the bad guy ties up the good guy and, inexplicably, feels the need to confess all before he offs our hero.  But director Niels Arden Oplev’s movie is rescued by good chemistry and charisma.

Noomi Rapace does gloomy yet manages to light up the screen as Lisbeth Salander, a goth-type who, finding herself victimized by both family and society, is not the type to let bygones be bygones.  Computer hacker Lisbeth gets mixed up with the most unlikely of companions — an older journalist (Michael Nyqvist) on his way to prison for libel.  Together, this odd couple develops mutual respect while solving a 40-year-old mystery involving a missing woman.

By tomorrow, I probably won’t remember much of Girl’s convoluted story, and I’m not likely to care that I don’t.  However, as with Morse and Poirot, I’ll likely have fond memories of these two Swedish crime-solvers.  Can anyone say “sequel”?        Grade:  B+ 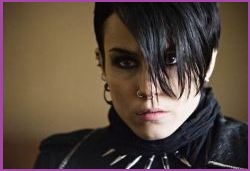