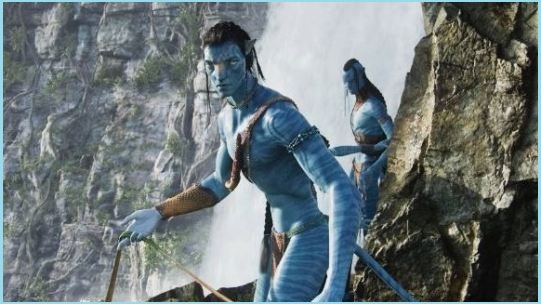 Movie lore tells us that James Cameron devoted years to his latest project, the box-office sensation Avatar.  I sincerely hope Cameron used most of that time perfecting the special effects, because it’s apparent he didn’t spend more than 15 minutes on the film’s story, dialogue, or acting.

I give Avatar an above-average rating because the 3-D technology really is captivating, at least at times.  For an action spectacular, it’s ironic that the illusion is most effective in quieter moments:  Drifting sparks from a flame, floating jellyfish, dangling vines, and a simple pane of glass are uncannily realistic.  The ballyhooed flying and battle scenes, conversely, are so loud and busy that the 3-D effect is lost in all the jumble.

Avatar is like an amusement-park ride — a lot of fun at the time, but something you don’t much think about an hour later.  Speaking of time … Cameron seems inordinately fond of his “blue people’s” bare butt cheeks; I only wish he was more considerate of mine, which during an interminable two hours and 42 minutes were alternately aching or falling asleep.

As for the alleged politics of this film, I think it’s much ado about nothing.  Avatar’s plot and characters are much too cartoonish to be taken seriously.       Grade:  B- 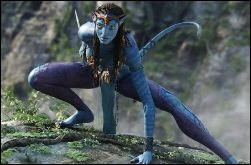 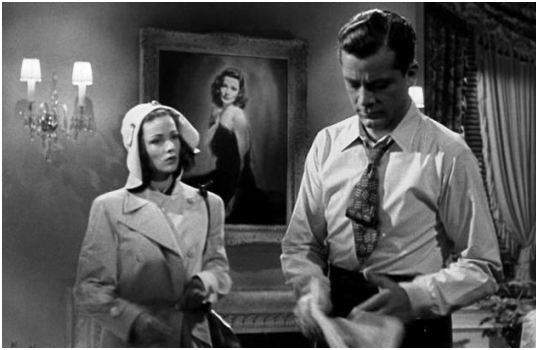 Mirror, mirror, on the wall, who’s the most beautiful star of all?

Could it be a woman so stunning she can make a man fall hopelessly in love with her portrait?  Or possibly an actress who — 65 years after her signature role and 30 years after her death — still mesmerizes audiences as Laura Hunt, the heroine of director Otto Preminger’s classic mystery, Laura?

Gene Tierney is perfectly cast as the unattainable Laura, but the film might be as impenetrable as Laura’s veneer were it not for a couple of standout male performances.  Dana Andrews is nearly as enigmatic as Tierney in his portrayal of a lovelorn homicide detective, a man who avoids eye contact with the people he interrogates, yet who can’t stop staring at that portrait of an apparently murdered woman.  And Clifton Webb, as the sardonic Waldo Lydecker, proves that no Hollywood actor was as adept at the witty putdown.

But the movie belongs to Tierney, the inspiration for both the painting (in reality a touched-up photo) and the memorable title song.   Said David Raksin, composer of “Laura”:  “When I was working on the score, I kept looking at her all the time.  There’s this fabulous creature.  You come across something marvelous and it inspires you.”      Grade:  A 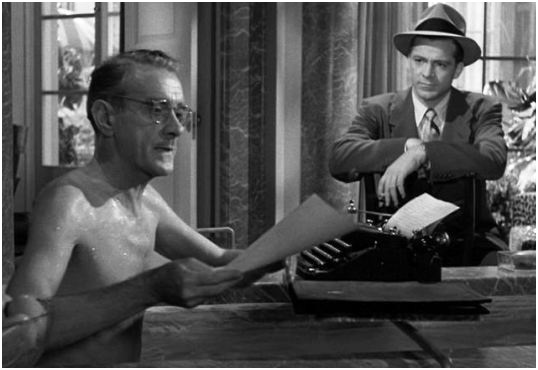 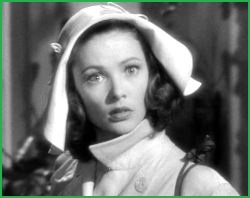