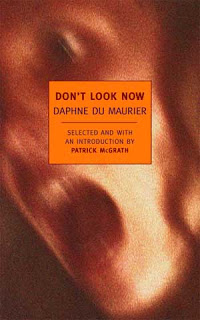 Years ago I read Daphne du Maurier’s spellbinding Rebecca, and to this day I believe it’s one of the best novels I ever picked up.  So how are her short stories?  My impressions:

Don’t Look Now features nine du Maurier tales of the supernatural.  She was a versatile writer, in that her narrators are young, middle-aged, male, and female.  The stories range in tone from whimsical to dead serious.  Rod Serling might have been impressed by du Maurier, because most of  her stories have nifty, Twilight Zone-style endings.  In fact, I think Serling might have borrowed some of her plots (we know that Hitchcock did).  Best of the stories here: “The Birds,” “Don’t Look Now,” and “Monte Verita.” 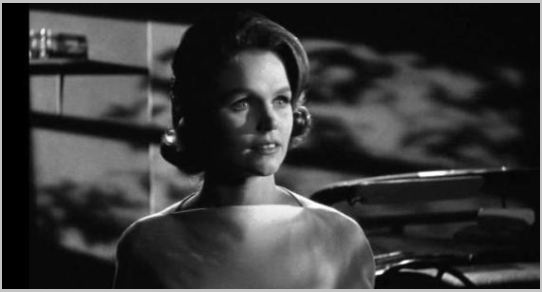 It’s a tough sell to describe any film from 1962 as “frightening” to an audience today.  We live, after all, in a movie world of three-dimensional buckets of gore — not to mention terrorism in real life.  So how about I just call Experiment in Terror “effective and creepy”?  It’s definitely that, in no small measure thanks to an unlikely director and a musical genius.

Blake Edwards, whom most people associate with comedy (the Pink Panther films), made just one excursion into the realm of suspense, but it was a doozy.   Experiment stars Lee Remick as unfortunate bank teller Kelly Sherwood, targeted by asthmatic menace “Red” Lynch (Ross Martin) to steal $100,000 from the bank where she works.  Lynch, to prod Kelly along, embarks on a systematic terror campaign, including the abduction of her younger sister.

Edwards filmed the movie in black-and-white and his use of light and shadow is masterful;  San Francisco at night never looked eerier.  Bit by bit, Edwards reveals his villain to the audience — first shadows, then a closeup of a mouth, then a profile — as Lynch gradually escalates his threats against Kelly.

Aiding and abetting all of this is a hair-raising musical score courtesy of Henry Mancini.  Mancini’s music is creepy and crawly, like footsteps slowly advancing up the basement stairs, making their way toward you in the dark.     Grade:  A