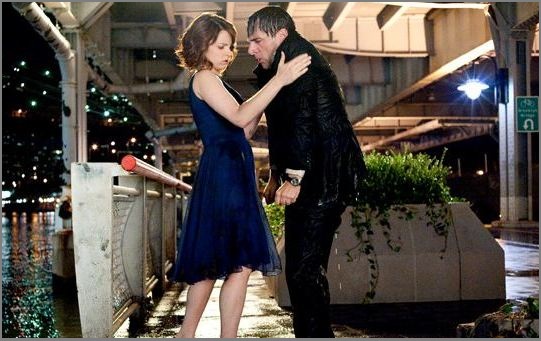 How do you take a great concept, two hot stars, lots of money … and then produce something as abysmally bad as Date Night?  I don’t know the answer to that one.

Wait, I do know the answer:  It’s called a lousy, cliche-ridden script.  I keep harping on this Hollywood deficiency, but of course my whining doesn’t matter, and neither would yours.  The Tinseltown suits are confident that gullible moviegoers will turn out in droves if they can just keep feeding them a) awesome special effects, b) the right celebrities, or c) a plot that sounds good on paper and can be explained in two sentences or less.

Still, I had high hopes for Date Night, in which Steve Carell and Tina Fey play an ordinary suburban couple inadvertently tossed into criminal mischief on their weekly night out, and all of this playing out against the perfect background — Manhattan after dark.  This is territory that Martin Scorsese mined to perfection in After Hours, and that Jack Lemmon and Sandy Dennis stumbled through amusingly in The Out of Towners.

The disaster that is Date Night is not the fault of Carell and Fey.  In fact, the two stars are the only reason to keep watching the stupid thing.  To their immense credit, Carell and Fey somehow retain our sympathies through ridiculous plot twists, childish dialogue, and obligatory car chases.  Aside from its stars, I could come up with just one reason to recommend Date Night:  There are few, if any, special effects.      Grade:  D+ 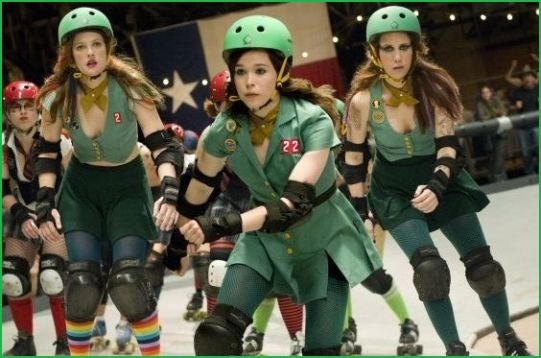 I’m tempted to think the reason I wasn’t bowled over by Drew Barrymore’s comedy, Whip It, is because I don’t belong to the film’s target audience (young, female).  I’m tempted — but that wouldn’t quite be true, and that’s because of a little gem that came out of Hollywood in 1992, another movie that wouldn’t seem to have someone like me in mind.

Whip It is the story of a small-town teenager named Bliss (Ellen Page) who joins a professional, all-female sports league and, in the process, grows up and finds greater understanding of friends and family.  The whole women’s sports-league thing is a close cousin to Penny Marshall’s superior A League of Their Own, a film Whip It resembles in tone, if not execution.

Both films rely on a colorful supporting cast.  League’s Rosie O’Donnell and Madonna are replaced here by Kristen Wiig, Juliette Lewis, and Bliss’s other teammates.  Tom Hanks, the grouchy but lovable baseball manager in League, is represented here by Andrew Wilson as the coach of the “Hurl Scouts,” a female roller derby squad.  But the characters in Whip It are paper-thin; Wilson, for example, is no Hanks.

If derby names like “Babe Ruthless” and “Eva Destruction” are enough to whet your comedy whistle, then maybe Whip It will satisfy you.  It’s a feel-good movie, an amusing enough way to spend two hours.  But for me, this was done much better back in 1992.         Grade:  C+