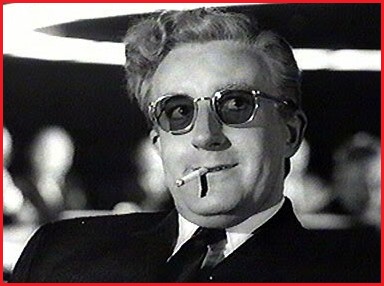 1964 was quite the year for doomsday aficionados.  Moviegoers had their choice of two ways to witness the end of the world:  They could bite their nails off watching the bombs fall in Fail-Safe, or sit back and laugh about it with Dr. Strangelove.  See Stanley Kubrick’s black comedy starring the great Peter Sellers for free by going here.

Were I to publish a bestselling suspense novel and then have Hollywood come calling, I can’t think of a better director for the project than Roman Polanski.  I recently finished Robert Harris’s The Ghost, and Polanski’s film version of that political thriller was superb.

Ditto for Rosemary’s Baby, which Polanski filmed back in 1968.  But the greatness of the film is as much a testament to Levin as it is to Polanski.  With an economy of words and an atmosphere of middle-class ordinariness, Levin injects a wallop of horror that still resonates 43 years after his novel was published.

Jaws made some people think twice about swimming in the ocean, and Psycho compelled others to lock the bathroom door before showering.  I wonder: Did birthrates drop when this book came out?