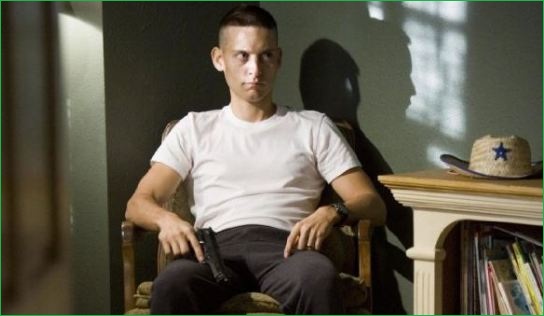 Brothers is a movie I admired but did not much like.  I believe that’s a compliment.

The film is relentlessly grim, and it does not end happily.  But why should it?  It’s about the effects of war in the Middle East on both soldiers and the homefront, and there’s nothing cheery about either.

I can’t help but compare Brothers to its more celebrated cinematic sibling, The Hurt Locker.  The latter film, I’m convinced, will actually encourage some young men to enlist in the armed services.  The Hurt Locker depicts an enigmatic, John Wayne-like hero who becomes addicted to the adrenaline-rush of sniffing out bombs.  In a perverse sort of way, the Jeremy Renner character is glamorous.  And the movie is first and foremost a thriller, dependent on one suspenseful situation after another.

There is nothing glamorous or overtly suspenseful about Brothers.  If it has an upside, it’s that love and family can perhaps lessen — but not eradicate — the horrors of war.  That’s not a particularly pleasant lesson, but then I don’t believe Brothers was meant to be pleasant.     Grade:  B+