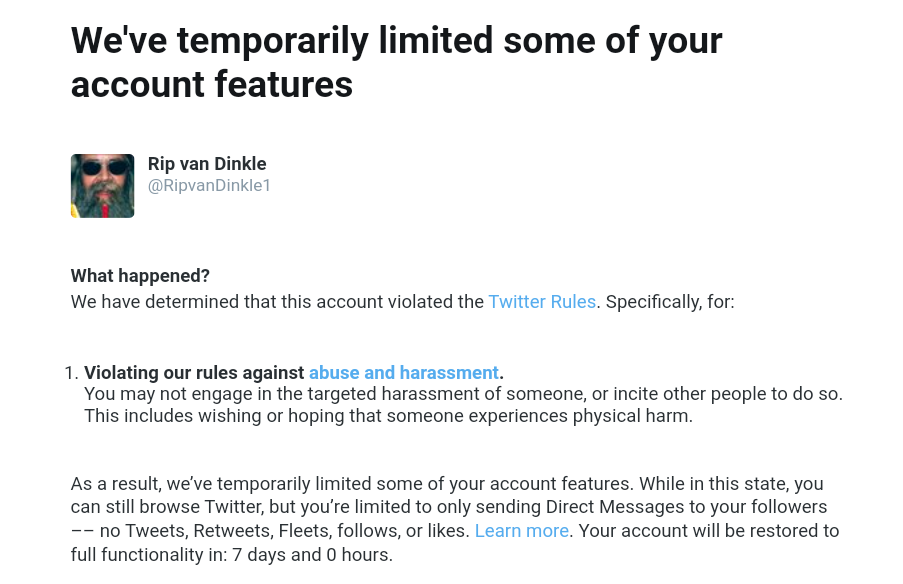 “Suspended from Twitter. Again. At this point, I pretty much consider it a badge of honor.

Problem is, the depiction of rich American capitalists as foul-mouthed, lecherous, sociopathic sadists is so broad and hyperbolic that it’s almost comical. That broadside at “capitalism,” featured in the closing episodes, is one of the show’s few weak points.

Biden and his “advisors” are criminals who are destroying the country. That’s all you need to know.