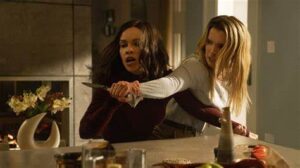 Is it possible to be both entertained and depressed by the same movie? It is, if that movie is The Hunt, the controversial “elites vs. deplorables” thriller from last year.

A plot synopsis — rich “elites” kidnap and hunt poor “rednecks” — can be misleading at best, harmful at worst. I got the blues during the film’s opening scenes because, satire or not, the story was too credible: There really are progressives and conservatives who would like to kill each other. Is that what passes for entertainment these days?

But for a Hollywood product, this movie ain’t what you might expect. And Betty Gilpin might be the best female action hero since the Alien films gave us Ellen Ripley. Release: 2020 Grade: B+

Snow White and the Seven Dwarfs 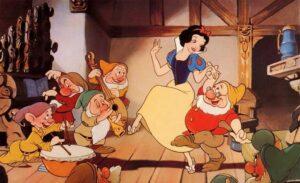 Ask a modern-day movie fan to name the most important (or best) family-oriented film of the 1930s, and chances are that he or she will cite The Wizard of Oz. But to Depression-era audiences, the biggest gobsmack of the decade was probably Walt Disney’s Snow White, which predates Oz by two years. Filmgoers had never seen anything like it: a feature-length, Technicolor, animated motion picture.

I hadn’t watched Snow White in many years, but I’m reading a biography of Disney, so now seemed like a good time to revisit the fairy-tale classic. Two things stood out for me: The story is likely a feminist nightmare, with Snow White’s fondest desire being to marry a prince and move into his castle. Not to mention her three prized attributes: cooking, cleaning, and physical beauty. But as an artistic milestone and a tribute to the Disney staff’s blood, sweat and tears (the movie was three years in the making), Snow White was, and remains, a monumental achievement.