Because we here at The Grouchy Editor are deeply committed to social justice, this week’s Review is sponsored by a company striving to promote the well-being of all Americans.

In the sweet commercial below, a loving husband submits to his wife’s deepest desire and gets her what she really wants for Christmas. In turn, the wife expresses her heartfelt appreciation. 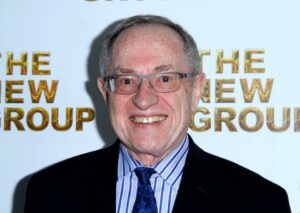 We’re hearing a lot about Prince Andrew and his ties to notorious pervert Jeffrey Epstein. And we hear bits and pieces about the Clintons’ “friendship” with the dead pariah.

But why aren’t we hearing more about Alan Dershowitz (above) and his trips to Epstein’s Fantasy Island? Is it because he’s a high-powered attorney and everyone’s afraid they’ll get sued?

Could it be that Dershowitz’s Martha’s Vineyard friends stopped inviting him to parties not because he was perceived as a Trump supporter, but because those neighbors were afraid for their teenage daughters?

Just asking. We don’t want to get sued, either. 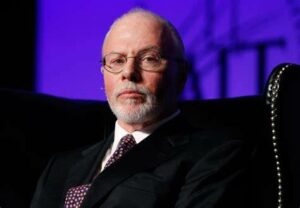 You might not like Tucker Carlson, but I was reminded of Ted Koppel or Mike Wallace in their heyday when Carlson savaged the apparent biggest prick on the planet, Wall Street’s Paul Singer (above), on Carlson’s Tuesday show.

There’s an advantage to running a small Web site that no one has heard of. You can name names, like we did two weeks ago with the Trump “whistleblower,” and shame names, like Dershowitz and Singer, and they let you do it. Because they’ve never heard of you.