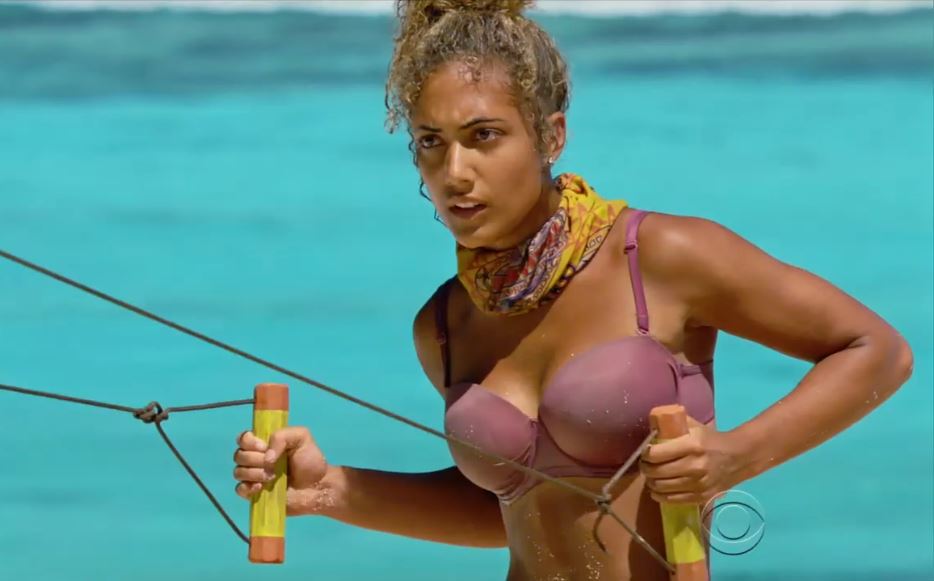 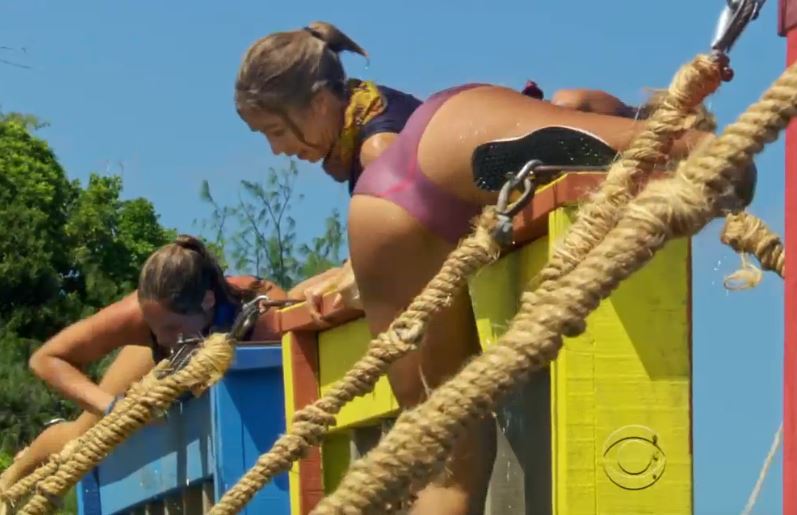 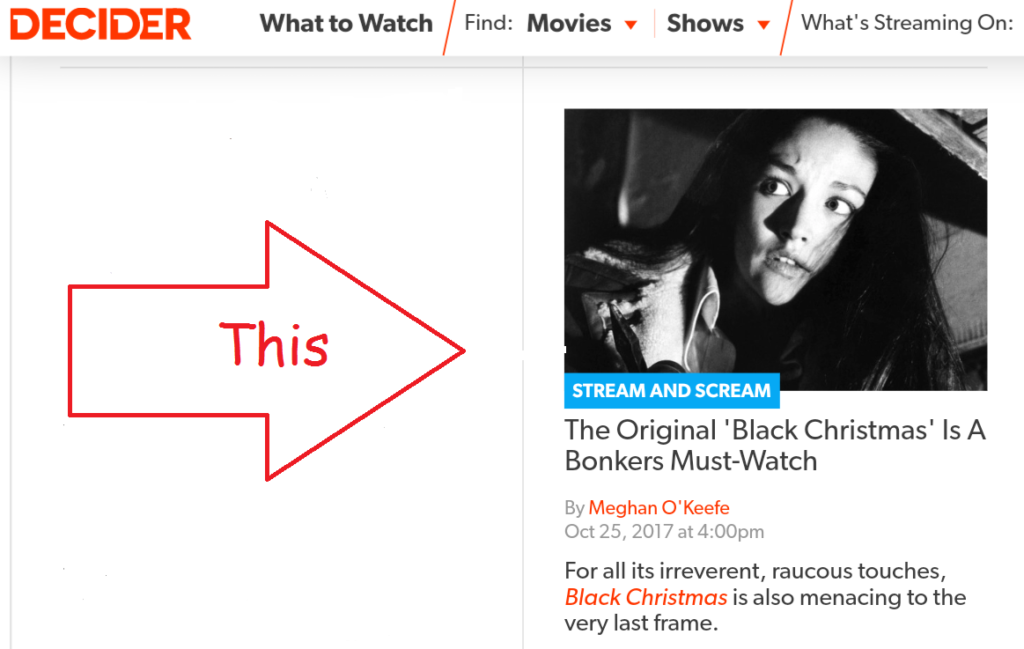 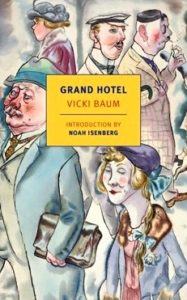 Why Women Scare Me

The Brides of Dracula was on TCM this week. I first saw this 1960 Hammer Films classic when I was a kid, and it made a lasting impression. Obviously. I wouldn’t be writing about it today if it hadn’t.

If there is a better opening 30 minutes featuring frightening women on film, I’m not sure what it might be. When I saw this thing as a kid, I was mesmerized by the unholy duo of Martita Hunt and Freda Jackson as the Baroness Meinster and her longtime servant Greta, respectively. I remain mesmerized.

Speaking of women in vampire movies … Alyssa Milano is in the news again. Did you know that Alyssa once starred in a vampire movie? I didn’t either.

I am digging the latest Hot New Thing in Hollywood: the drone shot. Just about all recent TV shows and movies make use of it, and for good reason: soaring, breathtaking views of forests, mountains, skyscrapers.

I used to think that jingles were the most annoying thing about television commercials. But that was before someone decided that Americans find baby-talk highly amusing.

It’s a tad tiresome listening to talking heads like Fox’s Neil Cavuto defend tax cuts for the rich by claiming that the “well to do” (Cavuto’s preferred term, along with “successful”) pay a disproportionate share of taxes.

OK, Neil, but you always leave out the part about the rich having a disproportionate share of the world’s wealth.

On the surface, there are few good reasons to recommend Mindhunter, the new ten-part series on Netflix. In this golden age of television, with its hundreds of channels and scores of new series, it often feels like half of these shows are serial-killer cop procedurals. Alas, Mindhunter is yet one more.

There is also a glut of serial-killer feature films, but a handful of them stand out. I am thinking of The Silence of the Lambs. I am also thinking Mindhunter stands apart. Here are a few reasons why:

1)  It’s a David Fincher project. Fincher, the director responsible for Zodiac and Se7en, executive produces and directs four of Mindhunter’s episodes (the first two and the last two). The man knows how to inject flair and originality into a tired genre.

2)  The show is exceptionally well cast. Jonathan Groff, Holt McCallany, and Anna Torv play FBI agents who comprise the vanguard of serial-killer profiling in the late 1970s. I wasn’t familiar with any of these actors, but I am now.

Groff in particular is a pleasant surprise. Early on, I was afraid his bland agent Ford was as colorless as his omnipresent business suits, but I quickly got over that. Groff and sharp writers add unexpected dimensions to this deceptively boyish-looking profiler.

3) Ford’s jail-room encounters with various serial killers – all of them based on real-life murderers – are riveting. It’s like Clarice Starling having weekly shrink sessions with variations of Hannibal Lecter. You are not likely to soon forget hulking actor Cameron Britton (pictured at top) as the notorious “coed killer” Ed Kemper.

If there is a downside to Mindhunter, it would be its drawn-out expository scenes, in which everyone seems quite impressed by the FBI team’s “revelations” about the criminal mindset. The show’s writers hope to convince us that serial-killer profiling was more revolutionary than it actually was, and that 1970s law enforcement and the general public were, apparently, quite the credulous bunch.

But I was around in the 1970s and I remember the era well. Criminal psychology had been an object of fascination for a long time by then. If you don’t believe that, check out the final scene of Psycho.   Grade: A-

Curb Your Enthusiasm – The good news is that it’s great to see the old gang again. The bad news is that, at least through the first two episodes, it appears that the writers have lost their edge.

Then again, I thought the same thing a few years ago after I binge-watched the entire series; it went downhill after the first few seasons.

Apparently, there was some fuss about film producer Harvey Weinstein this week. I turned to Google to learn more, and this popped up:

Doesn’t seem so bad. When times are tough, don’t we all just fly to Europe for sex?

OK, so that’s a lame attempt at humor. But since Kimmel and Fallon and Saturday Night Live are all afraid to do Weinstein jokes, somebody has to pick up the slack.

You turn on a football game to enjoy a few concussions and … aarrgghh, politics.

You turn to a Matt Damon movie to enjoy some mindless violence and … aarrgghh, politics.

Ditto for sitcoms, talk shows, and the Internet.

It’s to the point that if you want to absorb some good fiction, you have to turn to cable news.

Like the similar-themed apocalyptic thriller The Road, The Survivalist is relentlessly grim. A bearded hermit lives in the woods, planting seeds and arranging tin cans as a primitive alarm system to warn him of potential marauders. Nothing much happens in his Robinson Crusoe existence until one fateful day when two women appear at his cabin. This is a well-made film, well-directed and well-acted, and despite an unhurried pace it’s generally absorbing. But that sluggish pace and the pervasive gloom of the story, while realistic, also produce a movie that at times feels like an endurance test. Release: 2016 Grade: B

Unlike The Survivalist, The Bar is fast-paced, infused with humor, and over the top. After two men are inexplicably mowed down outside the door of a humble Madrid café, a small group of customers find themselves trapped inside. Is there a sniper in a nearby building? Are there more targets in their midst? And why have the two corpses been dragged away? It’s a fun premise, and Alex de la Iglesia directs the action with gusto. But by the time star Blanca Suarez gets stuck in a drainage hole because her boobs are too big to slide through the opening (below), The Bar becomes downright silly. Release: 2017 Grade: B-

How not to slip through a drainage hole

Life won’t win any awards for originality, but hey, if you’re going to copy, at least this movie copies from the best. We get bits of Gravity, bits of Predator, and a whole lot of Alien. If you like those science-fiction/horror classics, you will likely enjoy Life, which borrows and expands on several of its predecessors’ best ideas. The plot: Jake Gyllenhaal and a small group of fellow astronauts must destroy a hostile alien organism before it makes its way to Earth – with or without the astronauts. Sound familiar? I will say this: For a movie that steals so blatantly from the classics, Life’s twist ending is both original and clever. Release: 2017 Grade: B

Here’s an entertaining show you haven’t heard of: Rosehaven.

You haven’t heard of this sitcom because it airs on SundanceTV. And because it’s an Australian production set in … Tasmania. And unless you live across the pond, you’re not familiar with its stars.

The stars are Celia Pacquola and Luke McGregor, pictured above, who play best buds running a real estate business in small-town Tasmania. Yes, Tasmania. It’s a bit like Doc Martin in tone — not a whole lot of belly-laughs, but near-constant smiles and chuckles — and the chemistry between Pacquola and McGregor is priceless.

McGregor is especially funny, although I can only understand every third word he says. I’m not sure if what he delivers is a heavy accent or a speech impediment, but no matter.

In light of this week’s mass shooting in Las Vegas, it’s a huge relief to see all of the attention finally being paid to bump stocks. I’ve been saying this for years: If this country can ever get a handle on its bump stocks, all of our problems will be solved.

Survivor is back, which means that CBS cameramen are once again very happy.

Chrissy Hofbeck, 46, opens up for CBS

What’s that you say? You don’t care for these sexist photo captions? Hey, Hugh Hefner died, so someone has to carry on the time-honored tradition.

Alas, they still get no respect from Google, which opted to post this fake news: