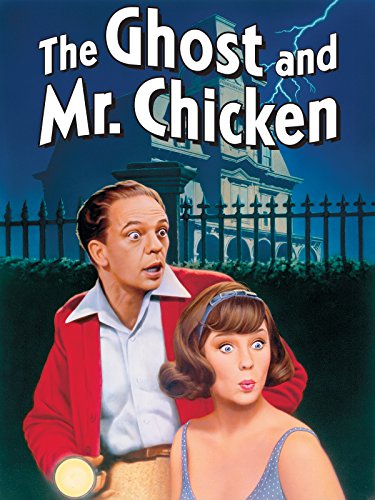 Quote of the week, courtesy of some political wag on Fox News: 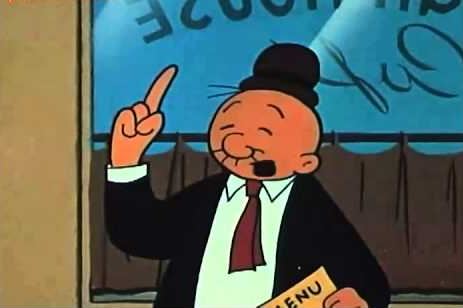 “I’ll gladly pay you Tuesday for a hamburger today.”

Words of wisdom, indeed. The speaker on Fox – I didn’t catch his name – was of course quoting J. Wellington Wimpy, pictured above, who is immortalized in Popeye.

If you are unfamiliar with J. Wellington Wimpy, just know that in any civilized culture it is important that some prominent names be passed down from one generation to the next. For your edification, here is a clip of the burger-loving icon.

Hollywood has lost its way with its alarming lack of nudity in recent horror movies. Horror fans used to be assured that, even if the movie sucked, which was most of the time, at least there would be a gratuitous shower scene. Or two.

The Ghost and Mr. Chicken, 50 years old but still a lot of fun, played on television the other day. We did a search for leading lady Joan Staley (above with co-star Don Knotts) and discovered that she was Playboy’s Playmate of the Month in November 1958: 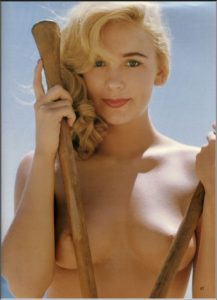 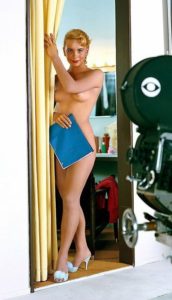 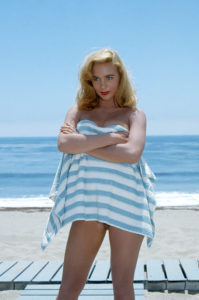 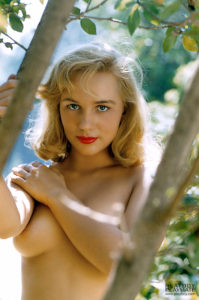 And so even in 1966, Hollywood horror-makers knew that cheesecake was key.