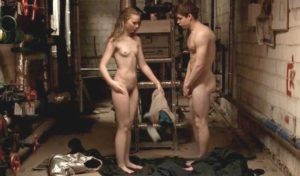 If you’re going to make a 130-minute film with no dialogue and no subtitles, your movie had better have everything else working in its favor. The Tribe does just that. Ukrainian filmmaker Myroslav Slaboshpytskyi’s drama about young deaf-mutes drawn into a life of crime is almost always absorbing – even though the actors “speak” only in sign language. Scenes do occasionally go on a bit too long, but overall this is a fascinating glimpse into a mostly silent, frequently violent world. Release: 2014  Grade: B+ 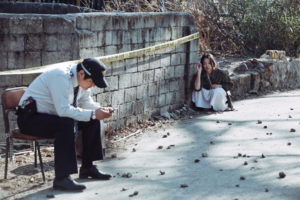 Locals begin committing bizarre crimes after a mysterious Japanese man moves to their South Korean village, and it’s up to some unsophisticated cops to investigate. The good news: The movie is well-shot, and the final half-hour is both scary and surprising. (Think you’ve figured out the twist? Think again.) The bad news: You do have to sit through two hours of standard-issue horror to reach that entertaining wrap-up.  Release: 2016  Grade: B 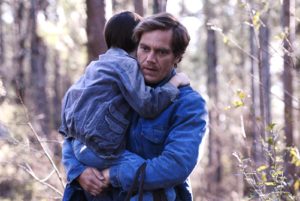 Midnight Special starts off well enough. Two men abduct an 8-year-old boy from a religious cult, and the three of them flee from cult members and FBI agents chasing them on the back roads of Texas. But there’s a catch: The boy is a willing participant in his own abduction, and the trio have a plan and an unspoken goal. It’s all very tense and mysterious. And then the story goes all “Kid with Supernatural Powers” on us and gets sillier and sillier until, at the film’s climax, I was thinking of Disney theme parks and Tinker Bell – a far cry from the dark and suspenseful first hour.  Release: 2016  Grade: B-