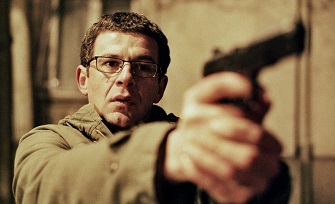 Mladen and his wife Marija are young professionals living in Belgrade, where they rent a small apartment, drive a beat-up Renault and raise their 8-year-old son. When the boy is diagnosed with a potentially fatal heart condition, his desperate father considers desperate means to pay for an expensive operation. The Trap begins as a Strangers on a Train-type thriller (“you solve my problem, I’ll solve yours”) but it’s most effective as an absorbing riddle:  How far would you go to save your child?  Release:  2007  Grade: B+ 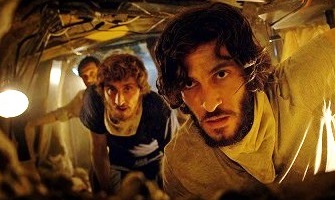 A moderately compelling thriller from Spain about an environmental plague that wipes out humans – except for the people who stay indoors, where the transportation system consists of rat-infested sewers and thug-patrolled subways. Days contains a few silly scenes, but it also has some good ones. The filmmakers were smart enough to realize that if we care about the characters, which we do, we won’t snicker (too much) when they get attacked by … oh, say a bear in a church. Release: 2013  Grade:  B-