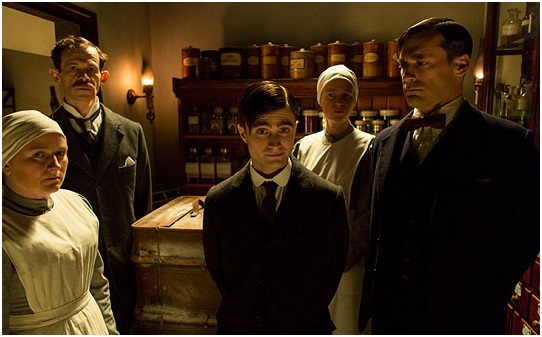 Shows We Hear Too Much About:

There has always been a whiff of “this show is for teen girls” about American Horror Story, but season three is dishing out more than a whiff.  Teen witches at a boarding school might pass for scary on the Disney Channel (“Let’s bring the cute dead boy back to life!”), but not so much anywhere else.  Grade:  B

I simply can’t watch The Walking Dead anymore.  The zombies are silly, there is very little suspense, and there are way, way too many “heartfelt” conversations.  Grade:  C

Shows We Hear Too Little About:

Spiral on Netflix (below).  Cool show, similar to American police procedurals but with French actors, French music, and French sets.  Did I mention that the show is French?  It’s also smart and more cinematic than most cop shows.  Caveat:  There are lots of lawyers, and that means lots of talking, and that means lots of subtitles.  Grade:  B+  Clips

I don’t know about you, but when I hear the phrase “miserable Russian peasants,” I don’t automatically think, “Funny stuff!”  But that’s what Harry Potter’s been up to on Ovation’s A Young Doctor’s Notebook (top).  Daniel Radcliffe and Jon Hamm star in this black comedy about a city-boy doctor stuck in the boonies of 1917 Russia.  The first two episodes are so-so, but the third has some truly inspired slapstick.  Grade:  B+  Clips 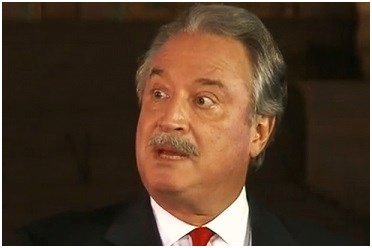 Castellanos:  A friend explained to me today, finally, what Ted Cruz is doing.  And I finally understand:  He’s having bunny sex.

Castellanos:  In nature, there are boom-and-bust cycles.  The snowshoe hare, every ten years, multiplies sixfold.

Cooper:  Are you high?  What are you talking about?

Castellanos:  I am high.  Let me explain.  Let me explain … the bunny, the snowshoe hare — I thought it’s a marvelous explanation — every six years, every ten years multiplies sixfold.  Bunnies like sex, apparently.

There was more, but at this point I began to feel sorry for poor Cooper, who has had to deal with this kind of thing before.  Click here  and scroll about halfway down. 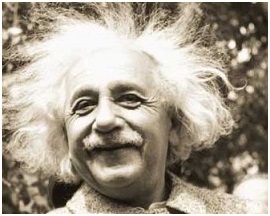 Misused Word of the Week:  Brilliant

Piers Morgan, a brilliant journalist, interviewed Alan Dershowitz, a brilliant legal scholar, this week on CNN.  I would argue that there are only a handful of “brilliant” humans — generally toiling in the world of science — in each century.  Einstein was brilliant.  Stephen Hawking is brilliant.