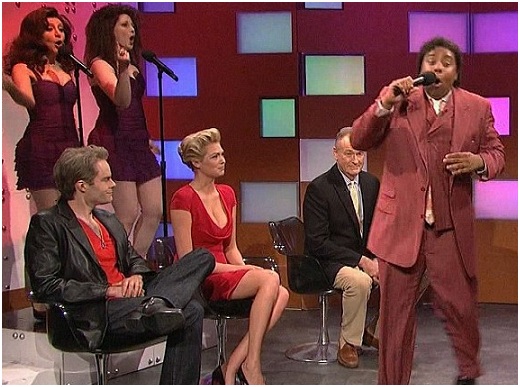 Watching Bill O’Reilly struggle on Saturday Night Live, I was reminded of how much we 1) take professional actors and comics for granted, and 2) should discourage other people — politicians, athletes, and journalists, mostly — from accepting “acting” roles, no matter how small the part.

O’Reilly was stiff and self-conscious on SNL (above, hiding behind an elbow).  But I don’t think anyone will ever surpass Brett Favre’s wooden performance in There’s Something About Mary (below). 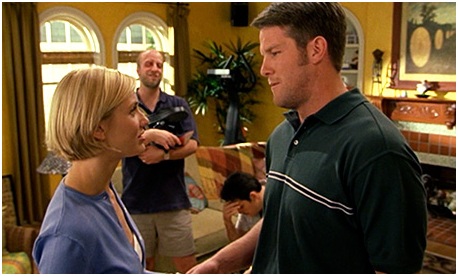 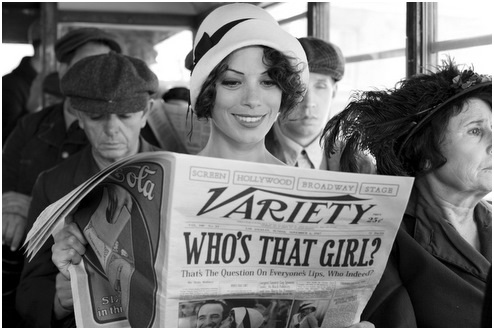 Unlike last year, I haven’t seen a lot of this year’s nominees.  That’s my excuse if the following picks are wrong.  Nevertheless, this is what I gather from Hollywood scuttlebutt: 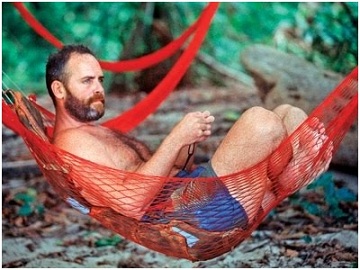 Survivor’s new season began last week, and that’s no longer a big deal.  But I don’t think that this venerable time-waster of a show gets enough credit (or blame) for its influence on the television landscape.  Yeah, yeah, I know that MTV’s The Real World was the first American “reality series.”  But nobody watched The Real World.  And yes, American Idol dominated ratings for the past decade.  But Idol is really nothing new; it’s just an update of old variety shows like Star Search.

But 12 years ago, wow.  Survivor’s first season finale attracted a whopping 58 million viewers.  The show was on the cover of Time magazine.  Richard Hatch (above) was a household name.  So hats off to you, Survivor. 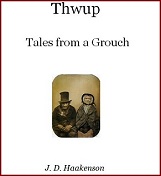 The Grouch was bored and so he created a blog featuring his odd short stories.  If you’d like to read these twisted tales, drop him a line at grouch@grouchyeditor.com.

Reporter to Clint Eastwood:  “Mr. Eastwood, who’s your favorite president of all time?”

Eastwood:  “You mean in our lifetime?”

Geez, Clint, not all of us have been around since the 18th century.

Who is Jeremy Lin?  According to the editor of Entertainment Weekly, “The mass affection for Lin — a Taiwanese-American national treasure — says something good about us.”

Who is Jeremy Lin?  He’s a rich basketball pro who played well for a couple of weeks.  His New York team is below average and has a losing record.  Lin is not likely the second coming of Michael Jordan.

But if you are looking for evidence of an East Coast bias in the news media, look no further than these clowns proclaiming to the rest of us that a slightly above-average basketball player who just happens to play in New York is someone’s idea of a “national treasure.” 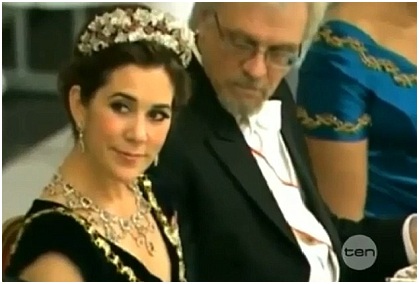 This Finnish dude who was caught staring at Princess Mary of Denmark, or part of Princess Mary — can we really blame him?  I’d never heard of this woman, but now we have Google and so here is a royal picture of royal Mary at the beach: