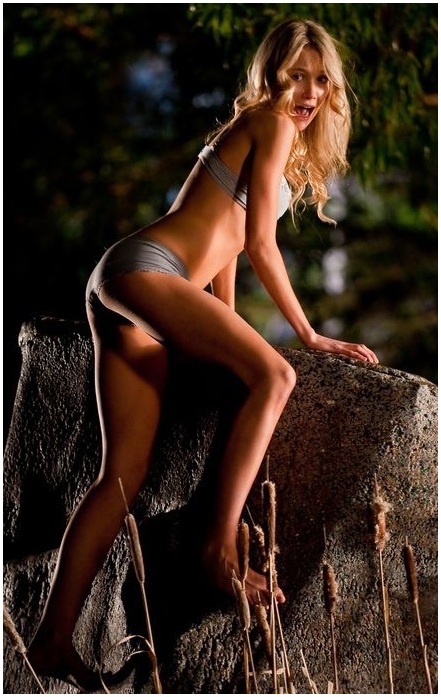 Tucker & Dale vs. Evil has some of the funniest sight gags I’ve seen in a long, long time.  Rookie director Eli Craig’s horror-comedy takes the redneck-slasher flick, hangs it upside down from a meat-hook, and invites us to laugh at the fallout.

Outside of a Three Stooges short, it’s probably not possible to make a movie with nonstop visual jokes, but that’s a shame because there are some doozies in this farce.  After watching Tucker and Dale do their thing, seeing Leatherface brandish a chainsaw will never again seem so threatening.  Alas, there is also bad news:  Tucker & Dale has a plot.

Dale (Tyler Labine), one of our two hillbilly heroes, is fat and slow on the uptake, but blessed with a heart of gold.  He and buddy Tucker (Alan Tudyk) want nothing more than some peace and quiet on their vacation at Tucker’s woodland cabin.  When some college kids – airheads who’ve seen way too many movies – invade the boys’ West Virginia mountain retreat, we know nothing good will come of it.  There will be blood – just not in the ways you might think.

One of the college kids is super-sexy-smart Allison (Katrina Bowden), a psychology student, and Dale is instantly smitten.  If you’ve seen any Judd Apatow movie, you know exactly how this will turn out:  In the fantasy world that Hollywood regularly offers to teenage audiences, every slob gets his girl.

Tucker & Dale runs out of steam at about its midpoint, when plot gets in the way and the movie devolves into the same kind of silly slasher flick it has been lampooning so admirably.  My advice to you:  Whenever the story gets talky and the dialogue turns “serious,” saunter out to the lobby and buy some popcorn, or have a smoke in front of the theater.  Just try to be back in time for the sight gags.        Grade:  B- 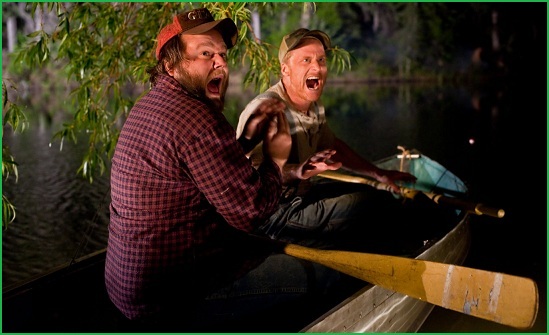 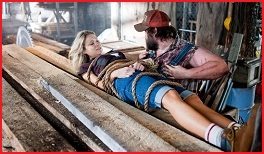 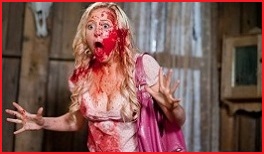 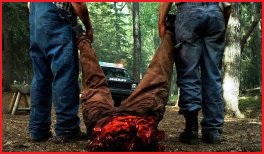 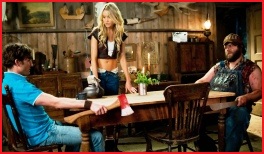 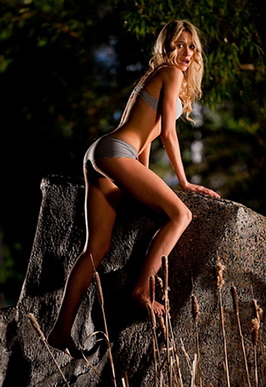