One critic described 1996’s The Arrival as an update of the 1950s science-fiction B-movie, and I think that’s an apt comparison.  What elevates The Arrival above the likes of Killers from Space and Devil Girl from Mars, however, is Charlie Sheen.

Paunchy, bearded, and bespectacled, Sheen in this film is no macho Arnold, Sylvester, or Jean-Claude; he is more like the poor man’s Cary Grant.  Sheen’s “Zane Zaminsky,” a radio astronomer who stumbles upon an intergalactic plot by aliens, is forever befuddled, belittled, and beset by co-workers, authorities and, well, by life in general.  But Zaminsky has charm and – as the real-life Sheen has discovered – a little bit of charisma can take you a long way.

The Arrival is a frenetic action flick with a story that begins promisingly but eventually sinks into plot holes and head-scratching hokum as Zaminsky tries to expose an alien scheme to “terraform” Earth.  The technologically advanced aliens –they can morph into human form and communicate light-years in a matter of seconds – for some odd reason seem to favor 18th-century methods for exterminating their human foes.  Why laser a threat when you can plant scorpions in her bed?  Why vaporize Zaminsky when you can concoct a Rube Goldberg-like assassination using bathtubs and collapsing hotel floors?

All of this is claptrap, but it matters not because it’s so much fun watching Sheen as he bumbles, stumbles and freaks out over the slings and arrows of outrageous fortune that are thrown in his direction.  It’s a “winning” formula for Charlie, if not the movie itself.       Grade:  B- 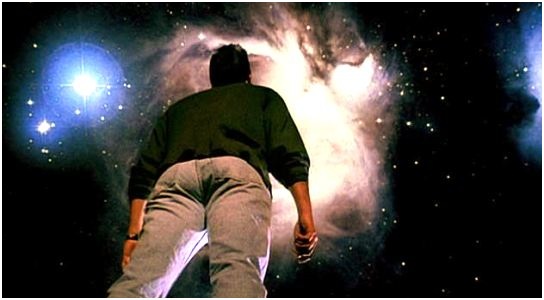 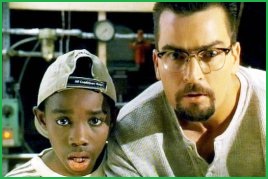 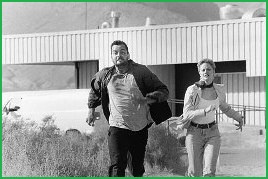