Free Flick of the Week: “The Last Picture Show” 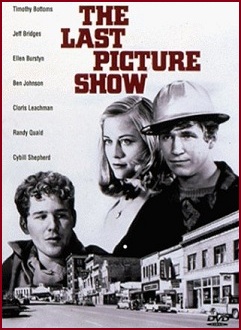 Peter Bogdanovich was the up-and-coming director of the 1970s, with movies including Paper Moon and this adaptation of a Larry McMurtry novel on his youthful resume.  And then Bogdanovich’s career up and left.  What the hell happened to him?  Watch The Last Picture Show, starring baby-faced Jeff Bridges and Cybill Shepherd, free of charge by clicking here.

James Wan’s haunted-house movie Insidious will put you on the edge of your seat. In fact, if you are like me the film will send you rocketing from your chair and crashing into the theater ceiling like a test pilot who’s accidentally pushed the ejection button.  That’s the good news.

The bad news is that, in addition to a skull fracture, you will likely acquire punctured ear drums, a ringing headache, and attention deficit disorder due to the DEAFENING sound effects Wan employs in conjunction with most of his “boo!” scenes.

Insidious, which insidiously apes the plot of Poltergeist, promises to deliver scares and it does, and that’s a simple rule of scary movies that so many of them, inexplicably, seem to forget.  Entertainment Weekly critic Owen Gleiberman is correct when he says, “Insidious … has some of the most shivery and indelible images I’ve seen in any horror film in decades.”

But it’s a shame that I can’t honestly tell you whether my Flying Wallenda impersonations were due to Wan’s skilled filmmaking or to those shattering decibel levels.  At what point does a film cross the line from artful manipulation to physical assault?

The plot concerns a young couple (Patrick Wilson and Rose Byrne) with three kids, one of whom mysteriously lapses into a coma.  When things that go bump in the night begin to plague the family, mom and dad pack everyone up and move to a new house.  But the freakish phenomena move with them.

Like most good horror flicks, Insidious is a director’s movie.  The actors are only required to look alternately worried and terrified.  The script might or might not get in the way of the fun.  Insidious screenwriter Leigh Whannell, to my way of thinking, attempts to explain things better left unexplained.  I mean, isn’t it frightening enough to learn that ghosts actually exist and are out to get you, without bringing in the obligatory “expert” (Lin Shaye channeling ghosts, a la Zelda Rubinstein in Poltergeist) to explain their cockamamie motivations?         Grade:  B 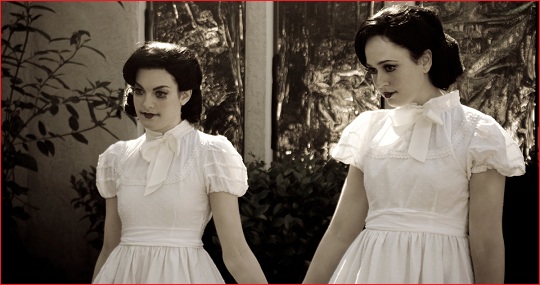 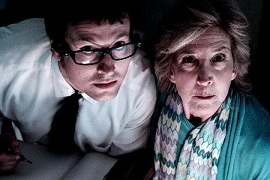 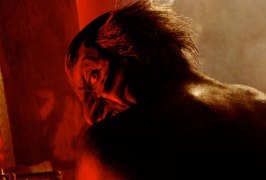 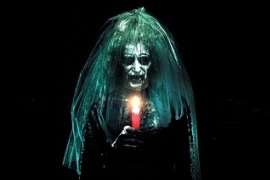 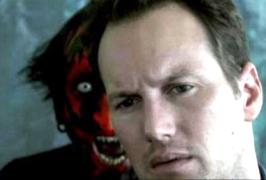