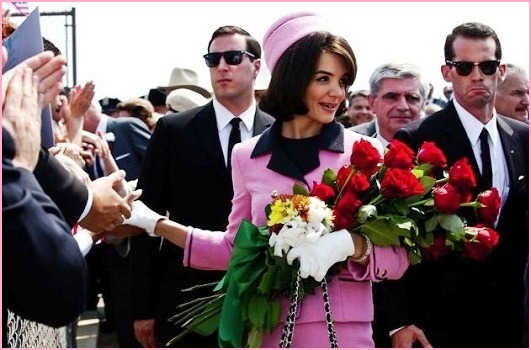 10 Things I Hate About Dhue.  And Drew.  And Cutesy-Cutesy Coo.

1)   Two little critics, sitting in a tree …  This is from an Associated Press review of The Kennedys:  “A cautionary note to those who may have feared (or hoped) this docudrama would engage in Kennedy-bashing:  The Kennedys is a flattering, even affectionate portrayal.”

This is from Entertainment Weekly, reviewing the same miniseries:  “It’s a cobbled-together, mean-spirited piece of work that can’t help alienating viewers, whether you venerate the Kennedys or dislike them.” 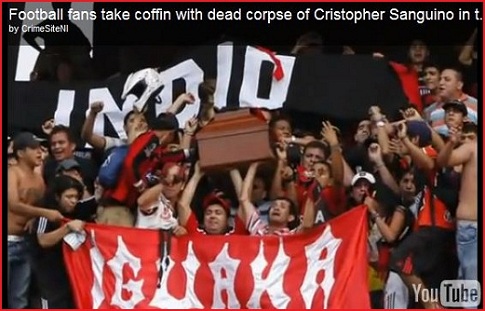 3)   On the Whole, I’d Rather Be in Philadelphia.  I don’t understand the fuss over Colombian soccer fans who brought a corpse to a recent match.  This kind of thing is old hat.  Hollywood legend has it that Errol Flynn came home one night to find the body of the recently deceased John Barrymore propped in a living room chair, apparently ready to play cards.  And then there is Fox News, which regularly showcases a cadaver named Charles Krauthammer.

4)  Bank bullshit.  My nominee for soul-sucking, unfunny commercials of the week:  the hideous spots for Ally Bank that try to convince us that people “love” their banks.  Sure we do.  And I am in lust with my social security card. 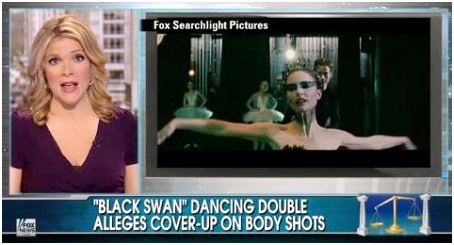 5)   Told ya so.  Entertainment Weekly asked if voters for Best Actress might have thought twice about choosing Natalie Portman, had they been aware of her minimal dancing in Black Swan.  Said one Academy member, “It would have mattered a lot.”

6)  Refreshing celebrity quote of the week:  “I feel guilty about everything.  I carry lots of guilt.” — Rod Stewart 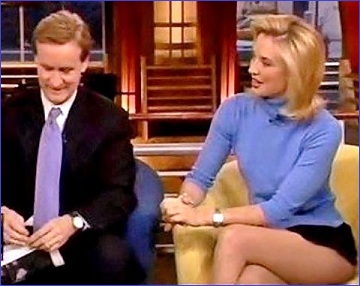 7)   Dhue-dah, Drew-dah.  There was more preaching on Joy Behar’s show, this time by fill-in host Laurie Dhue (above), who felt compelled to inform viewers not once, not twice, but at least four times that she is a recovering, “high-functioning” alcoholic.  Dhue then offered her expert medical analysis of Charlie Sheen, much to the nodding approval of her guest, the egotistical Drew Pinsky.  Dhue and Drew both work for CNN, which is owned by Time Warner, which is being sued by Sheen.  Conflict of interest, anyone?

8)   Grrrrr.  Anderson Cooper doesn’t seem to know the difference between gravitas and grouchiness.  I can’t watch him for more than five minutes without feeling like grandma is lecturing me about my personal hygiene. 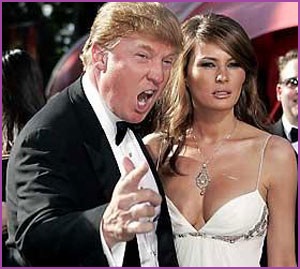 9)   Let’s ship him overseas.  The Donald told Bill O’Reilly that there are too many government regulations.  A mere ten minutes after that, Donald informed us that he has personally witnessed many business honchos doctoring financial documents.  God forbid we keep an eye on those crooks, right Donald?

10)   Grumpy Old Man.  O’Reilly has been relentlessly hammering General Electric for not paying taxes.  He’d have more credibility on this issue if he didn’t harbor such a grudge against NBC — a GE company.

You know you’re pussy-whipped when this is how you spend your vacation.

Norton’s autobiographical essays belong in the “This Will Appeal Almost Exclusively to Emotionally Stunted Young Males” genre, right beside hormone-driven nonsense like Grant Stoddard’s Working Stiff and Tucker Max’s I Hope They Serve Beer in Hell.

What raises Happy Endings a notch above those other books is the fact that Norton (unlike Max) is an experienced writer and (unlike Stoddard) also a professional comedian.  He trots out the same type of raunchy anecdotes – extremely reliant on bodily apertures, gases, and fluids – but he knows how to turn a phrase for maximum comic effect.  A lot of this stuff is funny, but oh, man, those off-color stories ….  Bathroom humor is like the exclamation point:  It’s effective when used judiciously, but grows tiresome when overdone.  And Norton uses it relentlessly in Happy Endings.