Free Flick of the Week: “Freaks” 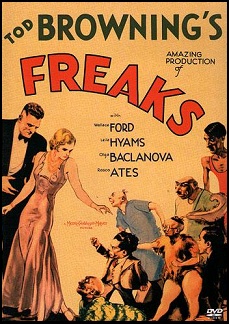 Tod Browning’s Freaks has come a long way since its disastrous premiere in 1932.  The drama, in which Browning (Dracula) cast people with real deformities to play circus sideshow “freaks,” opened to horrified audiences and critics alike.  It was banned in Britain for 30 years and effectively put an end to Browning’s directing career.  How times have changed:  In 1994, the movie was selected for preservation by the United States National Film Registry.  Watch what remains of it (extensive cuts were made and are now lost) free of charge by clicking here. 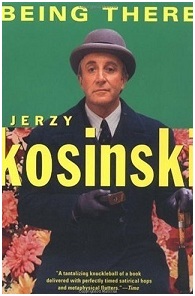 Kosinski published this amusing dissection of pop culture’s influence on American life in 1971, back when remote controls and TVs in limousines were considered state-of-the-art luxuries.  But there is nothing dated about Kosinski’s novella Being There, which chronicles the fallout when a simple-minded gardener’s simple-minded pronouncements – many of them influenced by what he sees on television – are repeatedly mistaken for philosophical genius.

You have to wonder what the Polish-American Kosinski would make of “reality TV” in today’s world.  Chance the gardener, the author’s blank-slate antihero, would probably feel right at home on Big Brother. 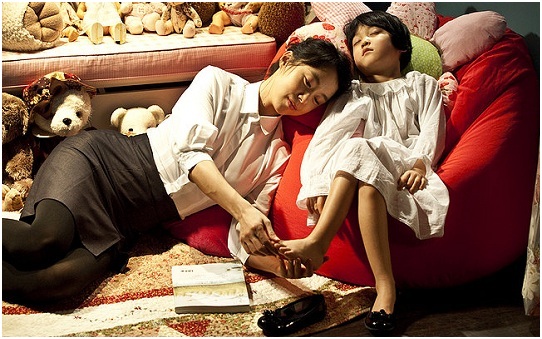 The Housemaid promises to deliver the mother of all Korean catfights.  It doesn’t quite come through, but watching the four female leads as they lie, scheme, and shift loyalties makes for some ticklish good fun in director Im Sang-soo’s remake of a 1960 Korean classic.

At the heart of all this estrogen-fueled enmity is, naturally, a man.  When innocent young Eun-yi (Jeon Do-yeon) is hired as a nanny by a wealthy pregnant woman, it isn’t long before the woman’s lascivious husband (Lee Jung-Jae) is bedding the girl.  Complicating matters is an older housekeeper (Youn Yuh-jung), an embittered woman who takes an instant dislike to Eun-yi.

The illicit affair between husband and housemaid is soon uncovered, and at this point the movie gains momentum, spinning an elaborate game of cat-and-mouse between servants, the wife, and the wife’s mother.  There are shades of Hitchcock here – Rebecca and Notorious, in particular – and the proceedings are imaginatively photographed, with cameras gliding in and out of elegant sets.

Unfortunately, that hoped-for catfight doesn’t really materialize.  Instead, Sang-soo gives us a denouement that strives to be shocking but is instead melodramatic and unsatisfying.  One character is singled out for revenge, but it’s the one female in the house who’s guilty of no wrongdoing.        Grade:  B 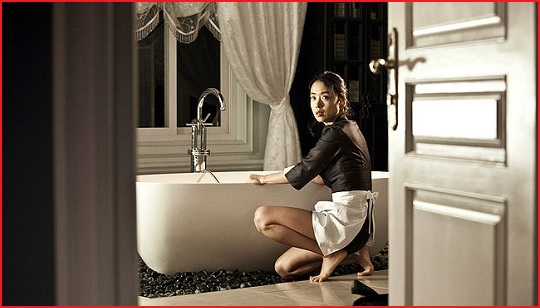 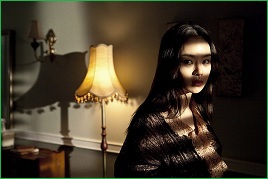 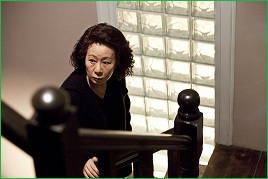