Poor Kristen Stewart.  It’s not enough that she has legions of detractors because of her role in the Twilight franchise.  No, now she has jihadists to worry about.  Earlier today, I noticed that Kristen’s bare derriere was popping up all over the Internet.  Apparently, she parades her pooper in the movie Welcome to the Rileys.  In the interests of cinematic research, I Googled Kristen’s gluteus maximus and found several sites – purportedly presided over by “jihadists” – in which Kristen and her bubbly buttocks are the objects of much scorn.  For example:

“Kristen Stewart’s ass is flat and flabby from a sedentary Western lifestyle where women are not even made to harvest figs, so the only way Kristen Stewart is going to get a respectable behind is with a good old-fashioned Allah-sanctioned squats and lunges routine.

“As a typical Hollywood harlot we know Kristen will continue to prostitute her nude body on film whenever she gets the chance.  Let us hope she shows the same dedication into whipping her body into something that is aesthetically pleasing, or we will be continually underwhelmed with scenes like the one above.” – From celebjihad.com

Now, I have been guilty of criticizing Ms. Stewart in the past, but I think it’s unfair to pummel her posterior like this.  I think she has a ravishing rear, an ample ass anyone would be proud of.  Above is a picture of Kristen’s tappable tush.  Don’t you agree with me? 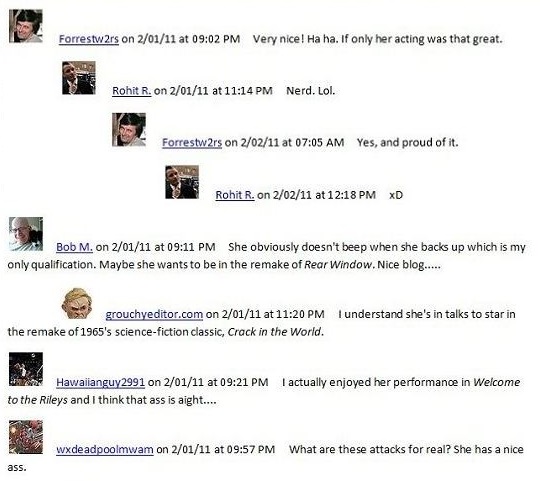 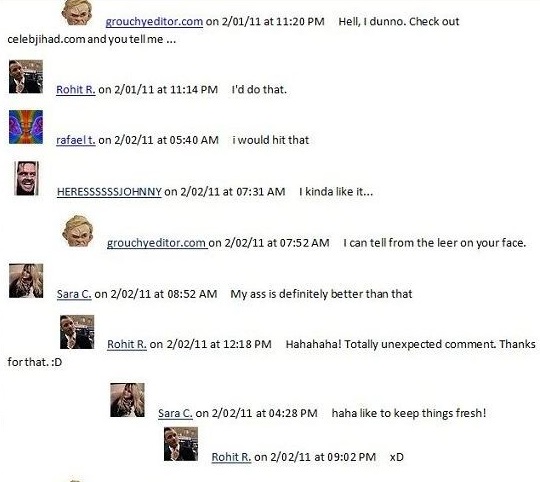 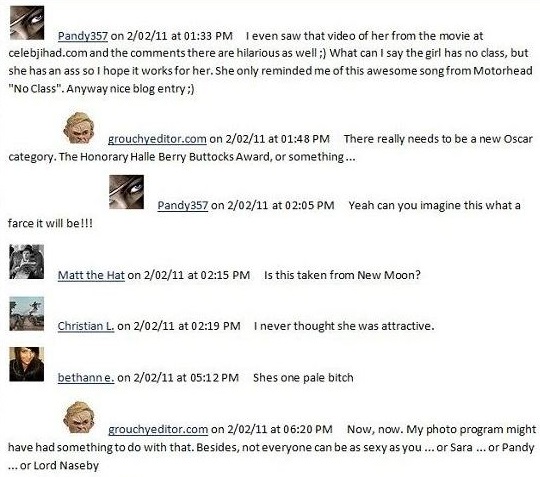 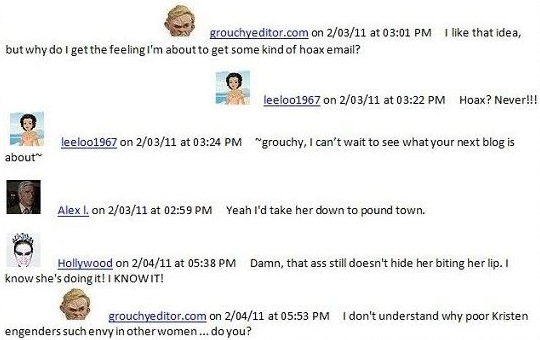