Midnight in the Garden of Good and Evil 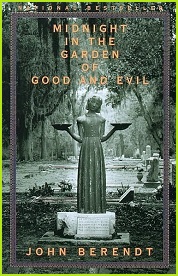 Some of the best “nonfiction” books come with a nagging caveat:  How much of the story is factual?  That was an issue with James Frey’s A Million Little Pieces, and it has dogged classics like In Cold Blood.  An author will produce an enthralling narrative, but it will include some quotes or incidents that stretch credibility.

Midnight in the Garden of Good and Evil is an addictive read, brimming with colorful characters and vivid scenes from 1980s Savannah, Georgia.  But Berendt, who spent much of the ’80s hobnobbing with Savannah’s upper crust and slumdogs alike, evidently either possessed a photographic memory or an ever-present tape recorder.  How else to explain things like the author, out for a morning stroll, encountering a native, engaging in a lengthy, spur-of-the-moment conversation – and then reproducing the conversation verbatim in his book?  It doesn’t add up.

If you can accept this blurring of fact and fiction (and let’s face it, we generally do), Midnight’s story is thoroughly engaging.  Berendt dishes up one juicy anecdote after another about the peculiar Georgians he meets.  Here is his summation of Savannah:  “The city looked inward, sealed off from the noises and distractions of the world at large. … The ordinary became extraordinary.  Eccentrics thrived.  Every nuance and quirk of personality achieved greater brilliance in that lush enclosure than would have been possible anywhere else in the world.” 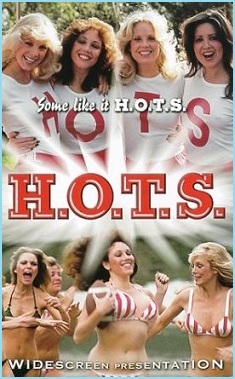 H.O.T.S. is, essentially, Animal House with topless football.  And a shoestring budget.  And Danny Bonaduce after The Partridge Family but before his radio success.  This is how a reviewer at Film Threat describes the 1979 cheesy T&A classic:  “H.O.T.S. takes place in a bizarro world where everybody is stupid and Danny Bonaduce is a rock star. … It may not be anything to be proud of, but it sure is amusing that it exists.  Hurray for movies where you can’t remember a single character’s name 30 seconds after it ends.”  Consider yourself warned.  Watch it for free by clicking here.