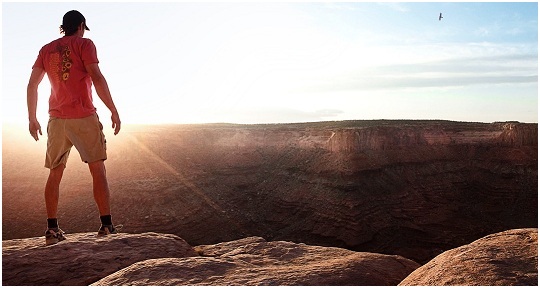 If there’s a lesson to be learned from James Franco’s grueling ordeal in 127 Hours, my guess is that the wrong people will learn it.  By now, most people know the story of young Aron Ralston, the climber who became trapped in a Utah canyon and was forced to amputate his own arm.  Ralston, who failed to alert anyone to his whereabouts, spent five miserable days in a hellish hole before, essentially, rescuing himself.  The moral of the story seems to be:  No matter how tough (and young) you think you are, at some point you’ll need other people.  (A second lesson is obvious:  Don’t mess with Mother Nature.)

Believe it or not, I used to be a young man, even more foolish than I am now.  So I’m guessing the reaction from today’s young men to this film will fall into one of two camps:  1) Wow, I guess I’d better not try to be so much like Superman – I really do need friends and family, or 2) That Ralston dude was a wimp.  I’m going out climbing tomorrow, and I ain’t tellin’ nobody!

British director Danny Boyle, whom I think is better suited to fast-paced material (Trainspotting and 28 Days Later come to mind), is constrained here to one actor and one setting.  He tries to overcome this potential handicap with a series of low-impact flashbacks and hallucinations whilst his hero is trapped.  These predictable techniques are only mildly effective.  The audience doesn’t have much emotional stake in Ralston’s life, unlike the connection we felt for Tom Hanks’s marooned executive in Cast Away.

Franco is personable and entertaining as the focus of nearly every scene (somewhere, Ryan Reynolds – similarly entombed in last year’s Buried – is scratching his head and wondering what became of his Oscar nomination), but he can only do so much.

As for the famous amputation scene, it’s gorier than I was led to believe, but I was more affected when Hanks had to extract his own tooth in Cast Away.     Grade:  B 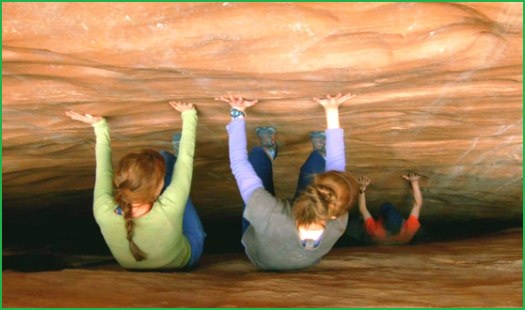 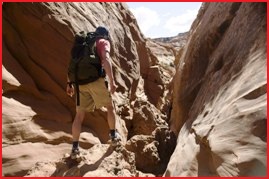 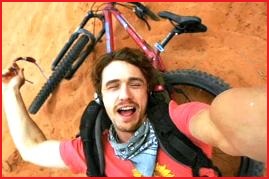