Time-travel movies are often problematic.  If characters can zip forward or backward in space/time to alter events, why do they do so only at some junctures, and not others?  And once you get into that whole “butterfly effect” business … it’s enough to drive a viewer bonkers.

Time After Time, a 1979 lark starring Malcolm McDowell and Mary Steenburgen, also runs into these problems when plot complications cause it to lose steam, and credibility, in its final half hour.  But until then the movie is a fanciful good time.

McDowell stars as H.G. Wells, and the famous philosopher/novelist has a problem:  Jack the Ripper has stolen his time machine and transported himself from 1893 London to 1979 San Francisco.  Wells, nineteenth-century romantic that he is, follows the infamous serial killer into the future and in the course of his pursuit falls in love with a quirky bank employee (Steenburgen).

There are two reasons this movie is so enjoyable:  1) McDowell’s amusing turn as Wells, a man completely out of his element in San Francisco as he navigates modern food (dining at “that Scottish place” – McDonald’s), escalators, movies, and an electric toothbrush; and 2) the cute – but never precious – romance between Wells and banker Amy.  Steenburgen’s combination modern woman/ditzy brunette is a perfect foil for Wells, and you’ll find yourself pulling for these two.

I’m a sucker for H.G. Wells, Jack the Ripper, and (sometimes) time-travel movies, so this is great entertainment for me.  But don’t take my word for it.  Here is a capsule review from someone called “moneygob,” commenting on Time After Time at YouTube:  “This was a strange film.  I started watching it at 3 p.m. one Sunday afternoon and the film finished at 1 p.m. the same day.  Very realistic film!”   What more can you ask for – a great movie and it takes no time to watch?            Grade:  B+

Me and Orson Welles 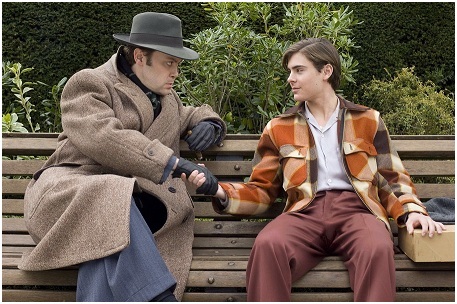 My eyelids were drooping, and my chin was resting on my chest, when suddenly someone barked, “You talentless little shit!”

I jerked fully awake, and swiveled round to see if anyone else was in the room.  No, I was quite alone.  The shout had come from the TV screen, where actor Christian McKay was chastising his young co-star,  Zac Efron, on a city sidewalk.   “I hope you enjoyed your Broadway career, junior, because it’s over,” McKay admonished Efron. I blinked.  Was this some out-take from a “behind the scenes” confrontation during the film’s production?  Could it be that McKay shared my disdain for Efron’s performance in the movie, and somehow the DVD people had allowed this candid moment into its “extras”?

Wrong again.  The film, Me and Orson Welles, was still in progress.  I was seeing Orson Welles, McKay’s character in the movie, berating an aspiring actor played by Efron.  It was clearly an example of art imitating life.

It’s probably not fair to peg any one performance for the success or failure of a film, but in this case it’s tempting.  Me and Orson Welles dramatizes the days leading up to Welles’s triumphant Broadway staging of Julius Caesar in 1937.  But the movie makes the fatal error of focusing on the bland and humorless Efron, rather than McKay, who absolutely nails the bombastic genius Welles.  Had the film been more like a superior movie with a similar plot – My Favorite Year, starring Peter O’Toole – it could have worked.

“Jesus that’s all we need, a dozen critics with wet asses,” Welles harrumphs at another point in the film.  But the trouble with this movie is not critics with wet posteriors; it’s a young star who is still wet behind the ears.        Grade:  C+ 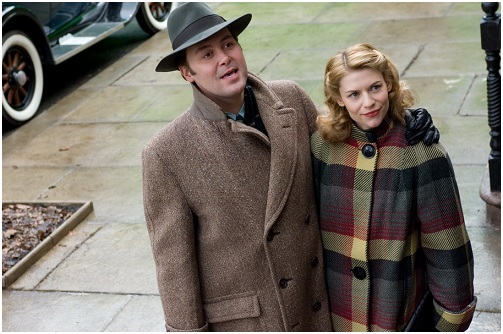 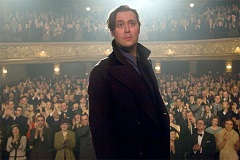 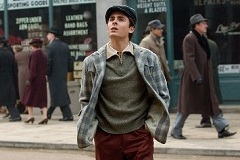