I went to the lake this afternoon – my childhood lake, Kandiyohi, in central Minnesota.  I shot off firecrackers on the shore, and then boated through some wavy cattails.

This was all in my imagination, of course.  I was actually in an air-conditioned movie theater, where they were showing Piranha in 3-D.  The movie takes place at “Lake Victoria” in Arizona, and that got me reminiscing about Kandiyohi.  After about 15 minutes of the movie, I couldn’t digest any more of the clunky, idiotic dialogue I was hearing, so I stopped listening and began to hear those firecrackers in my mind …. Ten minutes later, when I could no longer stomach the sight of third-rate actors and first-rate actors slumming, I stopped looking at the film.  Instead, I began to see those cattails.

Periodically, I would stop daydreaming because something would catch my eye on the screen.  One time, I was intrigued by the performance of an actress billed as “Girl Cut in Half,” who briefly displayed two enormous talents before, well, being cut in half.

But mostly, I stayed on Kandiyohi Lake.  Piranha’s plot, which you’ve seen a thousand times before, and its cast – unfathomably including the likes of Richard Dreyfuss, Elisabeth Shue, and Christopher Lloyd – and its 3-D effects, which ranged from mildly amusing to downright distracting, simply could not compete with those dreamy cattails and firecrackers in my head.       Grade:  C- 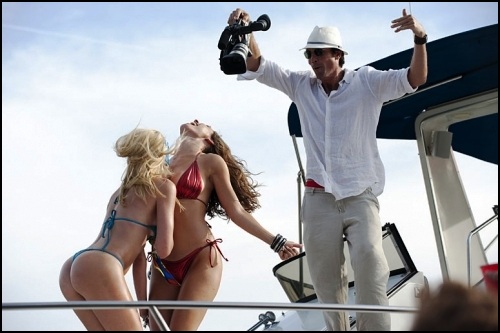 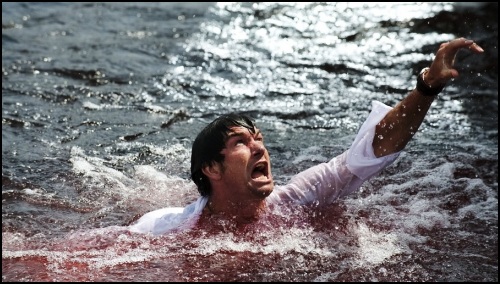 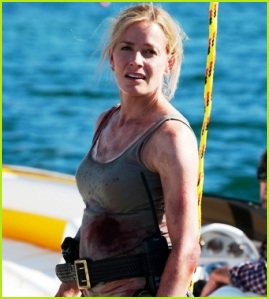 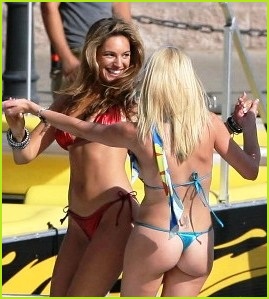