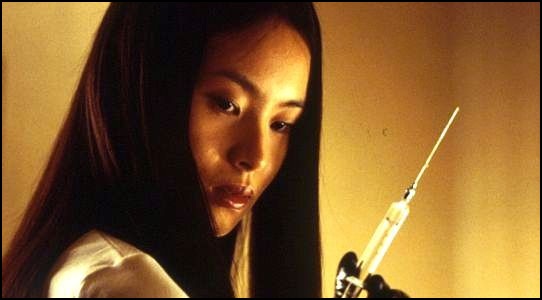 Pity poor Aoyama (Ryo Ishibashi), a widowed Japanese businessman.  His wife died seven years ago, leaving him alone with a young son.  He’s not getting any younger, and some female companionship would certainly be welcome.  Thank God for his best friend Yoshikawa (Jun Kunimura), a film producer with a killer idea:  He and Aoyama will stage a fake movie audition, and Aoyama will have a wonderful opportunity to study and select his perfect woman – young, beautiful and, best of all, “obedient.”

All sorts of aphorisms come to mind regarding Japanese director Takashi Miike’s cult classic Audition, including “Be careful what you wish for,” “If it seems too good to be true …” and, “Beware the quiet ones.”  Especially that last one.

Aoyama does indeed find his dream girl, the pretty and geisha-like Asami (Eihi Shiina), but after he sleeps with her, she vanishes, and thence Aoyama unwisely ignores yet another bromide:  “Leave well enough alone.” 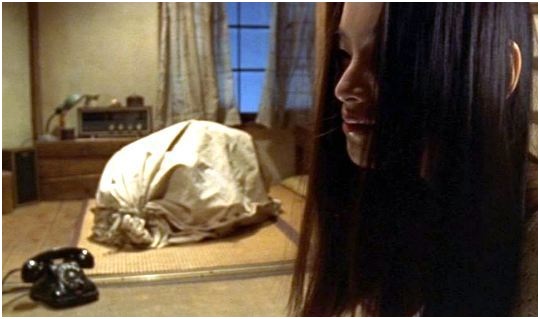 Takashi’s film is an odd brew, a concoction that not only mixes bromides but also the influence of several directors — Hitchcock, Cronenberg, and Lynch, to name three.  The first two-thirds of Audition is dreamlike, its pace leisurely, reminiscent of Hitchcock’s Vertigo as the obsessed Aoyama finds, loses, and then hunts for the ethereal Asami.  Is the girl just a bit odd, or is she dangerous?  Here’s a hint:  In Vertigo, Kim Novak didn’t keep a bulging cloth sack on the floor of her living room, a sack that periodically moves of its own volition ….

Torture-porn and acupuncture fans (“torpunc fans”?) delight in the final act of Audition.  The film is infamous for Asami’s revenge – on men in general and Aoyama in particular.  I’m not a big fan of this gory crap, which is already dated thanks to movies like Saw, Hostel, and other Japanese fare including Miike’s own Ichi the Killer.  Rather than focus on the infinitely more interesting psychological aspects of his characters, as Hitchcock did in his film, Miike caters to the lowest common denominator.  That decision turns what had been a mesmeric, surreal quest into just one more bloody mess.          Grade:  C+ 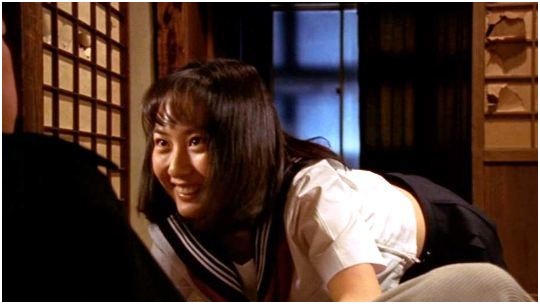 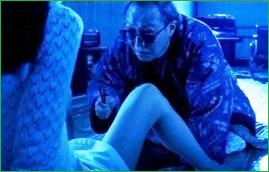 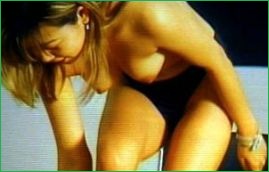