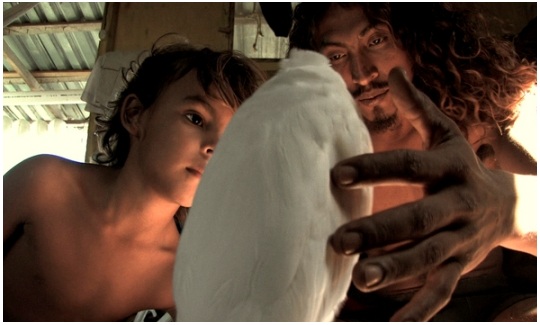 The last time I checked, Alamar enjoyed a lofty 94 percent “fresh” rating from film critics on rottentomatoes.com.   From this stellar evaluation, I conclude:  1) The critics all love the ending of The Shawshank Redemption; 2) the critics were all raised in cities or suburbs.

Alamar, billed as a “documentary-drama,” is a romanticized love-letter to the simple life, with a sentimental depiction of rural, seaside Mexico and its decidedly low-tech inhabitants.  The film portrays the sort of life you imagine for Tim Robbins and Morgan Freeman, post-prison in Shawshank.  It’s the stuff of daydreams for countless city dwellers.  But hold on just a minute before you contact your travel agent.

I grew up in a Midwestern small town, the kind of hamlet that urban folk imagine Mayberry or Green Acres represents.  But there is a reason that I – and millions of other rural Americans – migrated to the Big City.  Yes, crime was low, pollution nonexistent, and you knew all of your neighbors in a small town.  But country settings also offer the most boring existence on earth.  People bolt because there is so little mental stimulation; nice place to visit for the holidays, sure, but you don’t want to live there.

The Midwest is no Caribbean, and it certainly lacks the spectacular vistas of southeastern Mexico, but Alamar trades on a false romanticism supposedly found only in isolated areas.  To me, the film was 73 minutes of fishing, eating, fishing, and sleeping.  A “highlight” occurs when a Cattle Egret (look it up) comes to visit the natives and is fed a fly for lunch.

Alamar tells the story of five-year-old Natan as he enjoys one last fishing expedition with his Mayan father before the boy must return to Italy with his mother.  This trip is all very exciting for a five-year-old, I’m sure, but what happens to Natan on that coral reef when he turns sixteen?  Call me Eva Gabor, but I was pulling for the kid to return to civilization.       Grade:  C+ 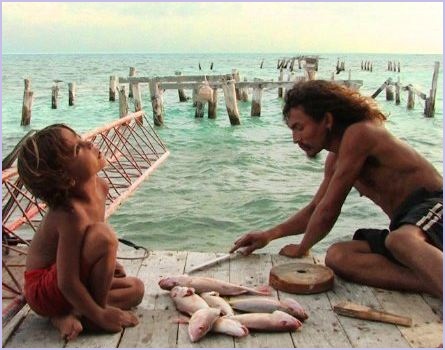 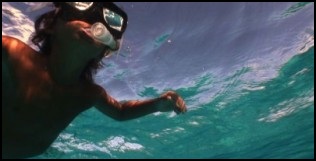