From what I can tell, there are two big reasons the French film Amelie has achieved cult status.  I’ll buy into one of those reasons.  As for the other reason … I’m only kinda sorta on board.

Reason One is the star of this whimsical fantasy, Audrey Tautou.  If your taste in acting favors “quirky,” “eccentric,” “Bohemian” and “hippie,” you will be captivated by both the actress and the film.  But this conceit – that Tautou is so enchanting, so similar to that other Audrey – assumes everyone will embrace her waiflike charms.   Tautou is appealing, but I wouldn’t put her in Hepburn’s league.

Amelie (Tautou) is a shy waitress who makes a vow with herself to do good unto others (and, if warranted, bad).  This karma-code introduces Amelie to one oddball Parisian after another.  But this is fantasy land, so even the “bad” people she encounters are not truly evil.  The pornography shop where her true love toils is presented as more neighborhood boutique than den of sin.

You have to buy into this alternate universe for the movie to work.  You must accept that when, at long last, Amelie finds the man of her dreams (Mathieu Kassovitz), he is impossibly nice:  goofy, ineffectual, and apparently sexless – like Amelie herself. In this universe, lovemaking means innocent caresses, and nothing more.  When Amelie takes her man to bed, it’s as if she simply exchanged her childhood goldfish for an adult man.

Reason Two to enjoy Amelie, the element I did buy into, is a humdinger:  It is a visual feast.  There are references to Renoir in the dialogue, and I have to believe the French artist would be impressed by this film’s look.  Amelie is simply one of the most gorgeous movies I’ve seen.  Every shot is a funhouse palette of greens, reds and golds – the Land of Oz in neon hues.  The film was Oscar-nominated for both art direction and cinematography, and it’s a mystery to me how it did not win.

Amelie is wish-fulfillment for dreamers, and there’s little harm in that.  Not all movies are intended to be realistic.  But if you wish for something more than two hours of quirky, eccentric, and dreamy, you’d best look elsewhere.         Grade:  B 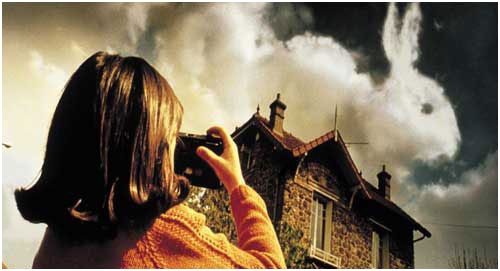 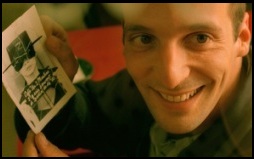