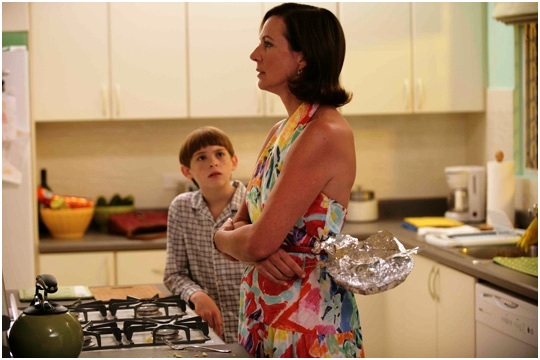 Say the word “pedophile,” and most people look the other way.  In Life During Wartime, director Todd Solondz asks you to spend 96 minutes not looking away – just to see, you know, if you might learn something about this uncomfortable subject.  Solondz does everything in his power to keep you watching.  Much of the film is shot in sunny Florida, with bright colors, pretty people, and polite conversation.  Ah, but what lurks between the lines of those conversations ….

We hear a lot in our news media about the victims of sex abuse.  What goes under-reported is the devastation wreaked on the families of the abusers – those siblings, wives, and children who are not abused themselves, but who are nevertheless affected.  The emphasis is on these people in Wartime, and there is much talk about “forgetting” and “forgiving.”

Although most of the film is about these relatives, its most powerful scene is between the pedophile himself, recently released from prison, and his college-student son.  It’s a short scene, and there are no histrionics, but actors Ciaran Hinds and Chris Marquette turn it into the most potent five minutes in the movie.

I suppose some viewers will feel that, by focusing on the father in this dramatic scene, Solondz is asking us to empathize with a child molester.  I didn’t see it that way.  I saw it as a filmmaker pointing his camera at two talented actors, letting the scene unfold, and simply saying to the audience, “Here.  This is unpleasant but this is what happens.  You be the judge.”              Grade:  B+ 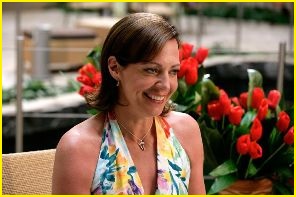