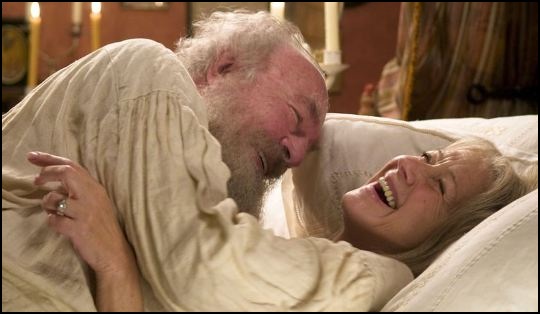 If you plan to read Leo Tolstoy’s War and Peace, here’s a piece of advice:  Don’t feel bad about skipping certain chapters to get to the good parts.  The novel deserves its reputation as great literature, no question, but you have to be a dedicated military historian – or have the patience of a saint – to suffer through the lengthy passages that Tolstoy devotes to Napoleon’s march through Russia.

Similarly, much of The Last Station, a movie about Tolstoy’s final days in 1910, is an exercise in frustration.  The plot centers on a battle over the old man’s will.  Should Tolstoy’s considerable fortune go to his wife, Sofya (Helen Mirren), or to the Russian people, as advocated by Vladimir Chertkov (Paul Giamatti) and the idealistic Tolstoyans?

I’m no Russian historian, but if we are to believe events as played in The Last Station, it seems to me that none of them were deserving of an inheritance.  Chertkov is presented as a mustache-twirling blackguard; Sofya, though charming, is not exactly a needy peasant girl.  She lives in the lap of luxury, and her self-serving “suicide” attempt (in front of a crowd of potential rescuers) is not endearing.  She is a materialistic woman, and Tolstoy himself is either naïve or misguided.  In short, there is no one to really root for in this story.

The filmmakers intend that we find James McAvoy and Kerry Condon, as young lovers who parallel old-timers Leo and Sofya, appealing enough to cheer for, but they are an afterthought to the main plot.  The film belongs to Mirren and Plummer.  They were both Oscar-nominated, and it’s amusing to see them joust.  But not amusing enough to overcome a frustrating script.         Grade:  B- 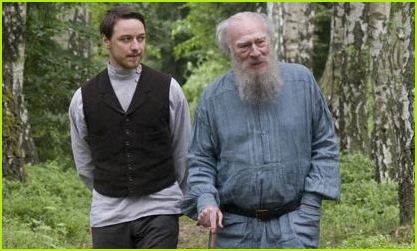 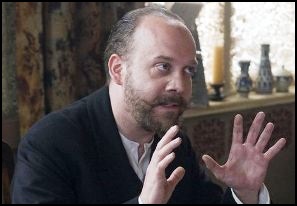