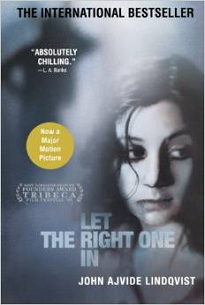 If Sweden has an answer to Stephen King, his name is John Ajvide Lindqvist.  I’ve been a fan of the film version of Lindqvist’s book for some time, so I wanted to check out the source material.  The novel is the same as the movie —  yet significantly different.  There are departures, primarily the gender (or lack thereof) of Eli, one half of the dynamic young protagonists.  Eli’s background, and Lindqvist’s handling of it, make this novel a deeper, if not darker, experience than the film.  This is at times a very disturbing story, but it is also message horror, cutting a nasty swath through suburban Swedish society circa 1981.  If that sounds off-puttingly political for a book of this genre, rest assured that the gore quotient rivals anything found in King.