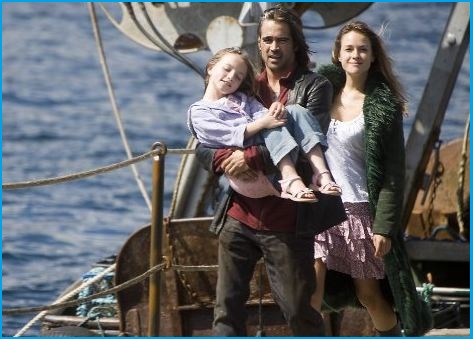 Ondine is a “mood movie” in search of the right mood.  For the melancholy, it has gorgeous Irish landscapes, sad songs, and broken dreams.  For the more hopeful, it’s an adult fairy tale, a gentle fable of beauty and redemption.  And for the bored … it has a plot twist straight out of Grand Theft Auto.

As you might guess, those elements don’t mesh all that well.

Colin Farrell plays Syracuse, an alcoholic, lonely Irish fisherman who one fateful day finds something bigger than a lobster in his net:  a beautiful woman called Ondine (translation:  water spirit).  To say that Ondine (Alicja Bachleda) is an enigma would be understatement.  The long-haired lass insists that she is for Syracuse’s eyes only.  She also seems to suffer from memory loss about her past.  Before you can say “Penthouse Forum fantasy,” Syracuse has the sexy nymph stowed away in his deceased mother’s cottage, where she is eventually discovered by his wheelchair-confined daughter, Annie.   Annie becomes convinced that her father’s catch is a “selkie,” a mythological creature that sheds its sealskin to become human.

That all sounds very Hans Christian Andersenish, but Ondine takes itself much too seriously to be the new Splash, and its plot is too adult for the Disney crowd.  It wants badly to be a grownup romantic fantasy, but the fisherman-selkie connection is too lightweight to resonate.  Bachleda projects friendliness — and looks great in soaking underwear — but her character is too enigmatic, too bland and underwritten.  Farrell’s fisherman is more developed, although his Irish accent is so thick that even though he’s speaking English, subtitles would be helpful.

All of this is too bad, because if the central romance was made of sturdier stuff, Ondine had the potential to be much more than what it is, a picturesque but slight romance.         Grade:  B- 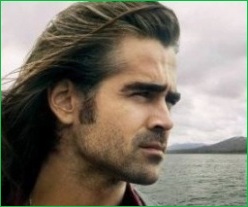 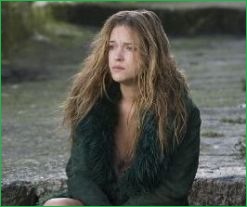 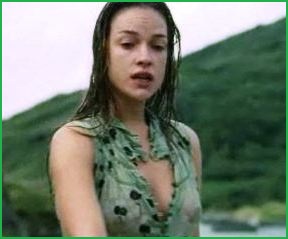