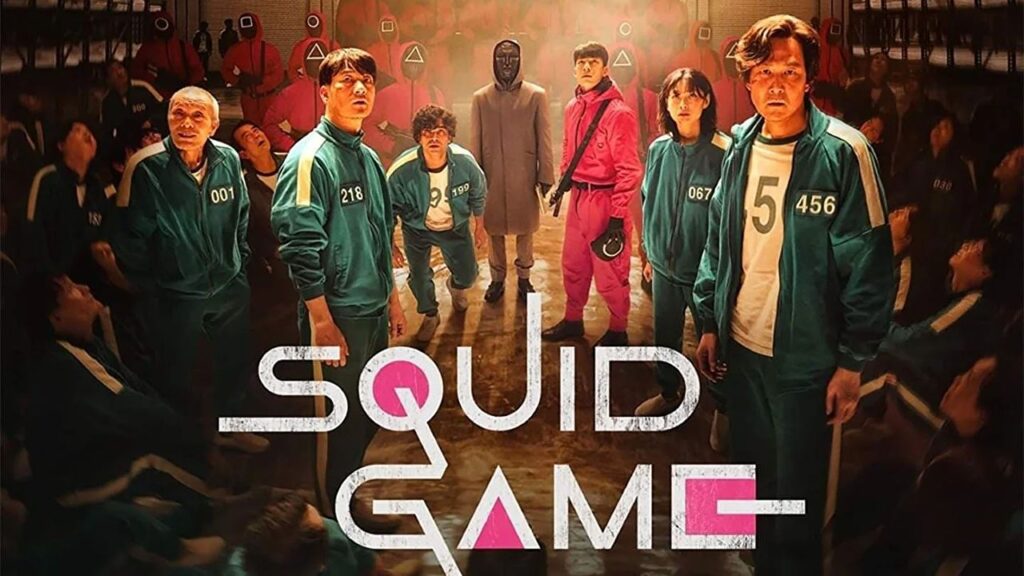 Netflix’s Squid Game is getting a lot of positive buzz, and deservedly so. If I describe the show’s plot, you might immediately think of The Hunger Games. Or Battle Royale. Or, going back even farther, The Most Dangerous Game.

As in those earlier movies, Squid presents a group of people put into an untenable situation: Kill or be killed.

But here’s what distinguishes Squid from its thematic forebears: In this case, enough thought has been put into the characters so that, as a viewer, you will care about who wins and who loses. You will root for some and hiss at others. Sorry, but in The Hunger Games, I really only gave a damn about Jennifer Lawrence because, well, she’s Jennifer Lawrence.

Also, in Squid Game each of the six deadly children’s games the participants are asked to endure is tense and exciting.

South Korea is on a Netflix roll. Squid Game’s polar opposite, the comedy/drama/mystery You Are My Spring, was a charming delight. It made me want to move to South Korea.

Squid Game makes me want to stay put. But I highly recommend it. 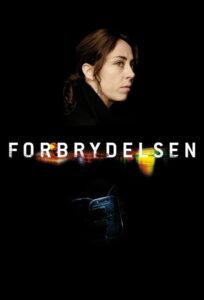 For years now, I’ve been wanting to watch the much-praised Forbrydelsen (in English, The Crime), which debuted in 2007 and was then remade as an American series called The Killing.

The original was a Danish hit and is credited with inspiring the Nordic noir craze that led to the success of The Girl with the Dragon Tattoo, The Bridge, and too many others to mention.

My problem was that Forbrydelsen was hard to find. It was never on Netflix and, as far as I could tell, was only available for purchase on DVD — an expensive purchase, at that.

But it’s now available on Amazon Prime, and I’m about halfway through the first season. So far, it almost lives up to expectations. I say “almost” because I did something very foolish. I watched the American remake when it aired on AMC, and now I’m cognizant (I think) of too many plot elements that are too like The Killing.

In other words, I spoiled it for myself. But I highly recommend it.

The last thing I want is to be associated with lunatic liberals like Ilhan Omar, but here is my mini-anti-Israel rant: Why do I see so many Israeli ads (often on Fox News) begging for money to aid that country’s poor?

I’m certainly not anti-charity, but aren’t there countries in Africa and elsewhere that, unlike Israel, don’t already sweep in billions of American taxpayer dollars, yet don’t bombard us with commercials asking for more, more, more? Isn’t Israel considered a relatively wealthy nation? 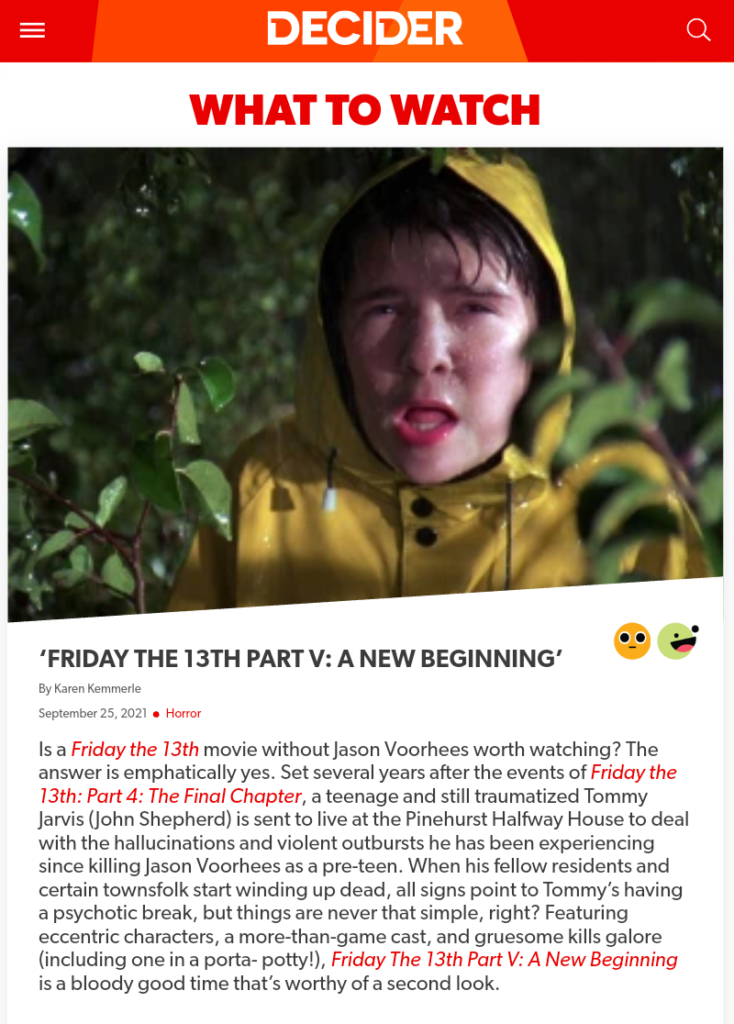 Wow. Whenever they compile a list of best and worst Friday movies (yes, they do this), this one usually winds up near the bottom of the rankings.  This writer must be, like me, a Debi Sue Voorhees fan.