Never underestimate the power of a politician buying voters.

It doesn’t really matter if Joe Biden’s policies will bankrupt the country, or if his crew is hellbent on erasing patriotism, culture, and the middle-class way of life.

As long as we get $1,400 checks, “free” daycare for our infants and/or a “free” college education, whoever’s handing out the cash will get elected. And re-elected.

Also, the more the rich squawk, rightly or wrongly, about higher taxes, the more popular the tax will be. 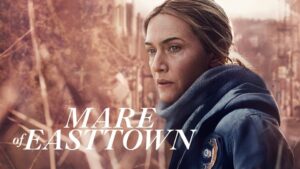 I don’t understand how TV critics can review new shows based on just a handful of episodes, which is something they routinely do. Isn’t that like watching 15 minutes of a 2-hour movie, and then turning in your verdict?

Granted, critics can’t wait for something like Gunsmoke, which ran for 20 seasons, to conclude before gracing us with their opinions. But viewing something like, oh, maybe half a season before you begin typing might be nice.

Having said that, I watched the first two episodes of Mare of Easttown and I recommend it.

Hey, I would have watched more, but two episodes were all they offered during HBO’s freebie week and I didn’t want to subscribe. 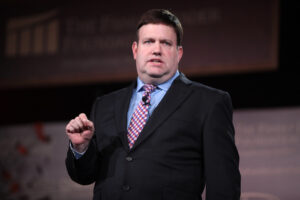 Why I dig Tucker Carlson: He has the balls to go after sacred cows that everyone else leaves alone — like Friday night when he tore pollster Frank Luntz a new one. I, for one, had no idea that Luntz is, in reality, a corporate shill with Democrat leanings.

I’d watch Tucker’s new show on Fox Nation, but I don’t want to pay for the subscription. 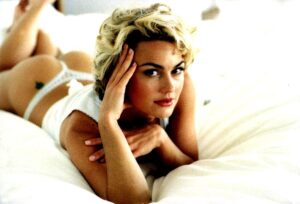 Fellow Minnesotan Kelly Carlson was interviewed on Fox News the other day — I’m not entirely sure why; I guess she’s now a proud housewife or something — and it occurred to me that I haven’t seen her in anything since I was a regular viewer of Nip/Tuck.

I remember thinking that it was too bad she didn’t do any nude scenes. Silly me. She certainly did do nude scenes, like this one from Starship Troopers 2: