I’m old enough to remember when Ronald Reagan’s daughter Patti (above) caused a scandal by posing nude for Playboy.

Patti was quite the rebel. In this Playboy video, she even gives us a money shot at 5:35.

But my goodness, Patti’s pictures were Pollyanna-ish compared to the garbage coming out of this idiot’s computer: 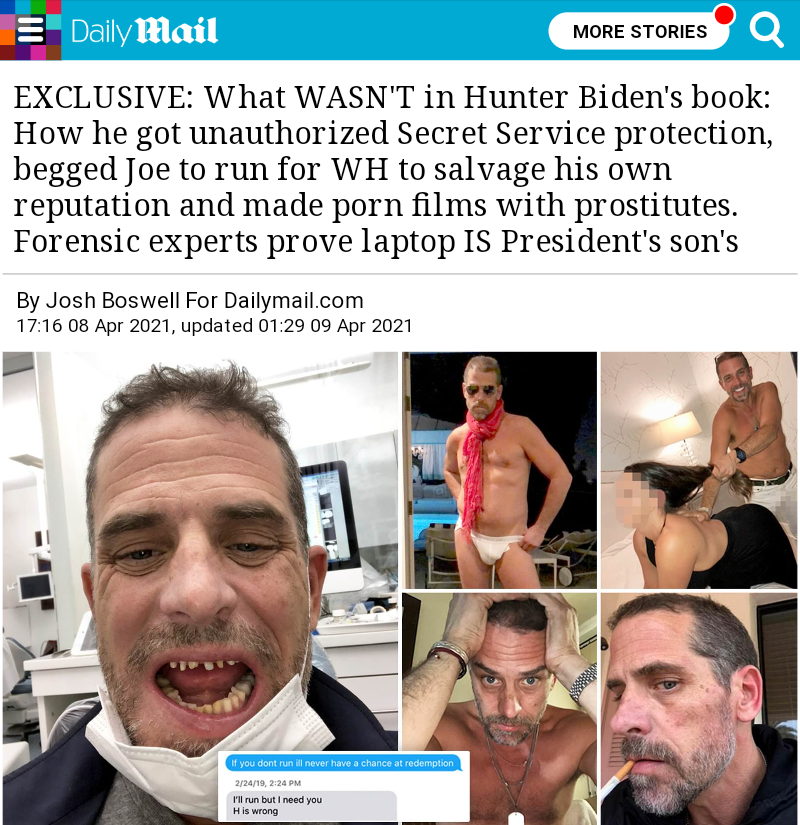 I’m still waiting for someone to explain why Saturday Night Live, which for years used the Trump sons as the butt of a running gag, hasn’t done squat about the biggest political target of the year, Hunter Biden.

If this worthless tool can crack wise about his drug addiction and related problems with Jimmy Kimmel, how is it that SNL gives him a pass?

You might laugh about space aliens controlling us, or about the idea that we are living in some sort of computer simulation. But the way things are going — Bill Gates wants to dim the sun? — those theories no longer seem quite so crackpot.

Yes, there seems to be a Puppet Master at work. The only question is whether it is human or extraterrestrial.

It only took me three years, but I finally got around to watching Seven Seconds on Netflix, arguably the ultimate “Black Lives Matter” drama on the tube.

Seven Seconds isn’t “peak TV.” I’d call it “frustrating TV.” There were moments when I thought, “This is powerful stuff; great television.” But there were also more than a few scenes where I thought, “This is heavy-handed, progressive propaganda.” Still, it’s worth a watch.

Some of these Prince Philip quotes are both hilarious and disturbing.

Judging from some of the comments, is it really such a mystery which member of the royal family (allegedly) asked about the color of Meghan and Harry’s children?

I finally got around to watching Parasite. I was struck by the attractiveness of the actress playing a rich housewife. Where had I seen this actress before? Oh, yes. It was here:

Popular catchphrase in American culture that is probably not popular at NASA:

“What could possibly go wrong?”