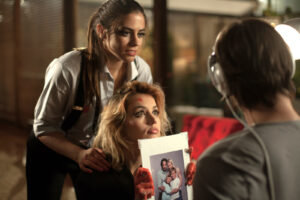 Normally in movies like Knock Knock, director Eli Roth’s (sort of) home-invasion thriller starring Keanu Reeves and two young beauties, the audience has someone to root for. I couldn’t find anyone I liked in this mash-up of Fatal Attraction and Lolita; I pretty much wanted everyone to go down. Which removes a lot of the suspense from a suspense film.

Architect Reeves and his artist wife represent the Southern California 5 Percent, a vapid couple with perfect house, perfect kids, and perfect dog. Genesis and Bell (Lorenza Izzo and Ana de Armas), who inveigle their way into Reeves’s house when his wife and kids are gone, represent entitled young people. When it turns out that the girls have something more sinister in mind than just sex, the battle begins. Like I said, I didn’t care who won.

But it’s competently directed, and the performances of Izzo and de Armas are spot-on chilling. Izzo, by the way, was Roth’s real-life wife at the time. Judging from the amount of skin she displays in this and other Roth productions like The Green Inferno and Aftershock, the couple seemed intent on becoming this decade’s answer to Brian De Palma and Nancy Allen.  Release: 2015   Grade: C+ 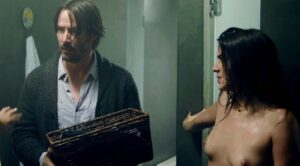 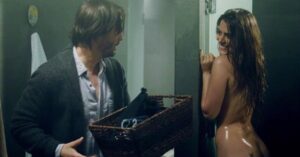 Above, Izzo gives her all for director Roth and actor Reeves. 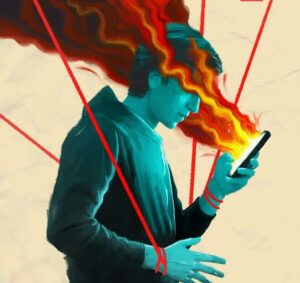 (I didn’t attribute the above quote because if you do a search on it, you’ll find that it’s credited to everyone from the Apostle Paul to Oscar Wilde to Jimmy Smits. In other words, it’s like everything else on the Internet: untrustworthy.)

To me, The Social Dilemma is most powerful in its last half hour. Until that point, the Netflix documentary offers nothing particularly new. It’s a critique of the power of advertising on human psychology, something we’ve known about for a long time, especially since the advent of TV. But in the final third of Dilemma, when the film depicts the impact of Facebook et al. on countries like Myanmar, the Philippines and, yes, the United States, and how their misuse can undermine democracy and the very social fabric, well, that’s the frightening part.

Google, Facebook, Twitter, and their media cousins care only about attracting eyes and keeping them. If that means sensational clickbait and fake news that leads us to tear each other to shreds, oh, well. We can’t say we didn’t “like” it.  Release: 2020  Grade: A- 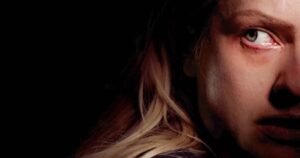 The best parts of this retelling of H.G. Wells’ science-fiction novel reminded me of the basement scene near the end of The Silence of the Lambs. Imagine Clarice Starling hunting and being hunted by an invisible foe – but in this case many times over the course of a two-hour film. That’s the predicament faced by Elisabeth Moss in The Invisible Man, in which a violent ex uses invisibility to stalk and torment her. Much of what transpires doesn’t pass the logical smell test, but then it is a movie called The Invisible Man.  Release: 2020 Grade: B+