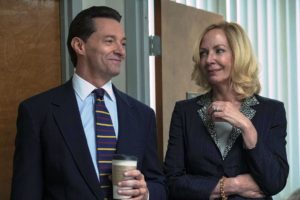 Bad Education is intellectually rewarding but emotionally bereft, mostly because there are no characters to root for. And yes, that includes the charismatic high-school superintendent played by star Hugh Jackman.

In HBO’s fact-based film about scandal in Roslyn, Long Island, we watch in mounting disgust as the school officials and citizenry of Roslyn prioritize property values and glossy college resumes over other things. Little things like, oh, millions of embezzled taxpayer dollars. That is, until the high-living thieves are caught by an enterprising student journalist. 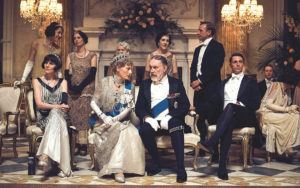 At the midpoint of this theatrical offshoot of the long-running British TV series, I began to seriously question my taste and judgment: Why on earth had I slavishly watched nearly every episode (52 of them) of this ridiculous soap opera, which aired from 2011 to 2016? In the movie, the king and queen of England are coming to visit the upstairs/downstairs gang at their fancy digs, and I am supposed to care … why?

But here’s the thing. There is a fine line between warm and fuzzy (a good thing) and cloyingly sentimental (a bad thing), and no one is more adept at finding the sweet spot than Downton creator Julian Fellowes. By the time the credits rolled on this — let’s face it – motion-picture cash grab, Fellowes had worked his magic and I was once again sucked in to the hoity-toity hokum. Release: 2019 Grade: B